We went out again with the skiff, stopping first at the park office to register as visitors. While waiting for our guide, several local children and mothers approached the dock, trying to sell us some products. They were selling tagua nut carvings and jewelry, and sculptures made by weaving palm fronds. These sculptures included butterflies, dragonflies, dolphins, jacana birds. Although we didn’t purchase anything today, we will definitely be taking something home with us. 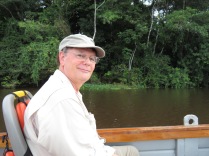 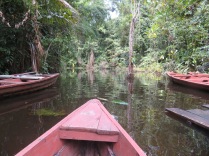 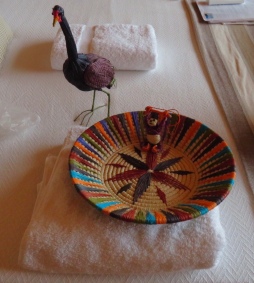 Boating on the Rio Yanayacu Creek , we looked for grey dolphins and pink river dolphins. The pink dolphin is the largest dolphin in the world, and can usually be found where two bodies of water with differing densities meet. This pink dolphin does not have a dorsal fin like the gray, rather it has a bump on its back. Unlike the river dolphin, the pink are quite elusive, usually skimming near the surface, and not lifting high out of the water. We did see some signs of the pink dolphins, but never more than a bit of the body as they came up for air.

Our guide told us about some of the plants that grow along and in the river. Brackish lagoons, with a mix of salt water and fresh, are full of pink hyacinths as well as other plants, since there are few animals that feed off of them. This vegetation has roots that are not anchored to the ground, they can float up and down with the river level. 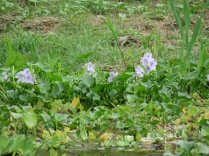 Although we didn’t see much of the dolphins, we did see several beautiful birds, including the horned screamer, cormorants, great egrets, hawks, wattled jacanas, a couple of short-tailed parrots, a potoo, and even some bats. There were many other birds, of course, but I can’t remember their names. Fortunately, the guides are updating a list of sightings that we can refer to, so we’ll be able to identify them later.

We particularly enjoyed the Yellow-Rumped Caciques with their weaver-style nests. They can mimic many other birds and animals, and like to build their nests in colonies, often by a large bee or wasp nest. The bees or wasps swarm in large numbers around the nests, discouraging potential nest raiders. There is a legend about the Yellow-Rumped Cacique and how it outfoxed a snake that had been wandering around a tree that held some cacique nests. This snake was very hungry and tired, and decided to creep up the tree to rest for a while. After its nap, the snake noticed the nests, and tried to to get at the eggs. It stuck its head into one of the nests, and the Cacique made a sound like an eagle. The snake jumped, fell against the wasp’s nest, then landed on the ground, where it was attacked by wasps.

We stopped to visit a local fisherman, a Ribereño who showed us some of his catch, including piranhas. Most of the fish were small, like panfish, but it was enough to feed his family. Ribereños are Spanish-speakers who live in small communities or farms in the Amazon lowlands. They use the river for washing, bathing, fishing and cooking. There are no roads through the forest, so the rivers serve as their highways. Over the years, the forest has come to reflect the ethnicity of the people because of the they way they select and use the wild species. There are rituals for the harvesting and preparation of plants used for medicinal purposes. Ribereños follow lunar cycles in the cultivation and harvesting of the crops. 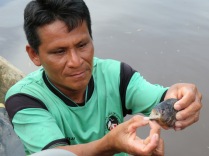 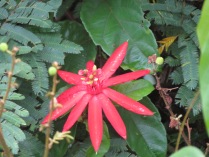 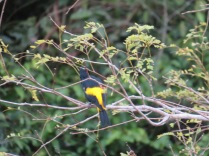 After dinner, several of the crew entertained us with music and singing which we enjoyed immensely. This has been a very long day. In fact, I find it hard to believe that we’ve only been here one full day so far. 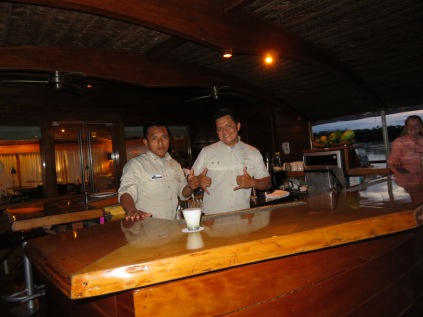