We disembarked this morning and headed to our hotel – Heritage, Auckland. We were too early to get into our room, so decided to do some wandering around. The hotel is located downtown, not far from the Sky Tower.

Auckland looks a lot like Minneapolis, but with more diversity. It is a city of about 1.5 million people. This is about 1/3 of the total population of New Zealand. The city sits atop almost 50 dormant volcanoes. Some of the craters are used for soccer and rugby fields. Since there is so much of it, volcanic rock is used for curbing, walkways, even siding for buildings. Auckland is called the “City of Sails.” There are as many as 135,000 yachts in the area. Westhaven Marina is the largest marina in the southern hemisphere, boasting 2,000 moorings. 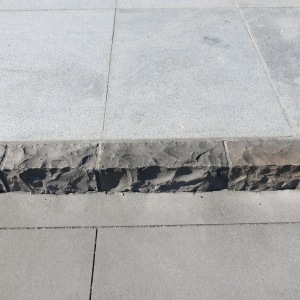 While most of you were watching Super Bowl pre-game shows, or the game itself, we toured the area, visiting many of the neighborhoods. There are many homes built in the 1800’s that are still in use today. They were built with wood from the native Kauri tree. This wood was very desirable because it is very straight, has no knots, and emits a chemical that repels insects. It doesn’t rot. If the home is well maintained and painted regularly, it can continue to look like a fairly new home. Unfortunately, the Kauri was harvested almost to extinction and shipped to other countries. It is a slow growing tree, taking about 90 years to reach a size that builders would want to use. The tree is protected, but is now threatened by a microscopic organisms in the soil that damage the tissues that carry nutrients to the tree. Once it’s infected, it will die.

We stopped at their war memorial, which afforded some great views of the surrounding city and water. 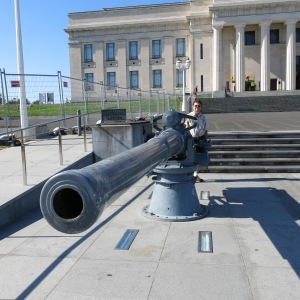 We visited the Waikatere Ranges, which form a natural barrier between Auckland and the Tasman Sea. This is rainforest, so everything is very lush. The hills look like they have been carpeted with trees and ferns. There are tree ferns, which can grow to 50 feet in height. From a distance, they look a little bit like palm trees. The Maori word for water is wai, so any name that begins with wai is referring to some body of water.

Nearby is the Karekare waterfall. Just a short hike from the road, and we were afforded the beautiful view of the water falling into a pool at the bottom. 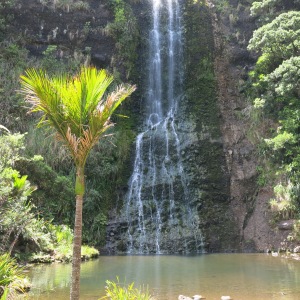 Last stop was at a black sand beach. It was dark but not really black like some beaches we’ve seen. The black sands are iron. If you use a magnet, you can pull the iron grains out of the rest of the sand. The beach looks out to the Tasman Sea. There were some good waves, and several surfers were taking advantage of them. 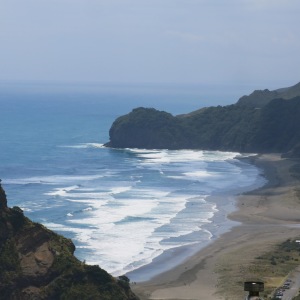 I love to travel.
View all posts by kcbernick →
This entry was posted in New Zealand Travel and tagged New Zealand. Bookmark the permalink.