We flew from Rotorua to Queenstown, a fairly short flight. We were all ready to go through security, dumped our drinks, had the plastic bag of liquids ready, and all for naught. Apparently, the Kiwis, as New Zealanders refer to themselves, don’t worry about hijackers on local flights. What a treat!

We arrived at our hotel, Heritage Queenstown, about 5:00, had an early dinner and retired. We would be starting early tomorrow.

Got up about 6:00 am to be ready for today’s adventures. We went to Milford Sound, about a four hour drive by motorcoach. There were some stops along the way for snacks and photos. This country is absolutely gorgeous! On the way, we drove through a 2 km long tunnel that was dug through a mountain. This was done in the 1930’s and took six years, with most of the tunneling and blasting done by hand. 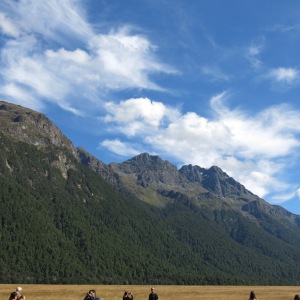 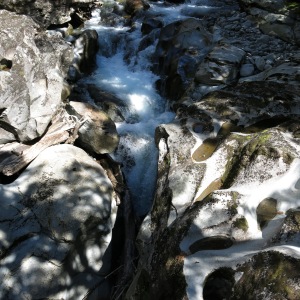 We boarded a boat at Milford and cruised for about 1.5 hours to the Tasman Sea and back. Along the way, we were treated to numerous waterfalls and a few seals sunning themselves on the rocks. 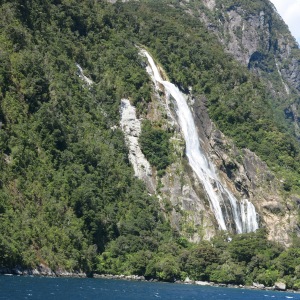 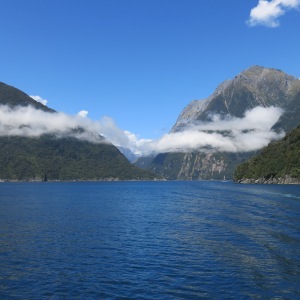 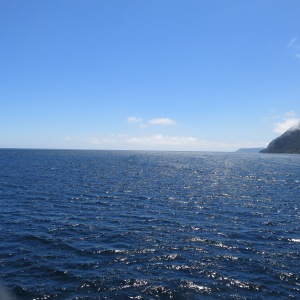 After the boat ride, we had the option of taking an airplane back to Queenstown. We jumped at the chance as it would allow us to see more of the mountains, plus get us back three hours earlier than the bus. It was a small plane, holding eight people including the pilot. Everyone had a window and plenty of photo ops. It was a good decision. We got back early enough to enjoy our evening. It was such a beautiful day that we had dinner on the outdoor terrace, with views of the lake and mountains. 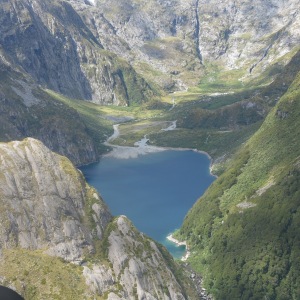 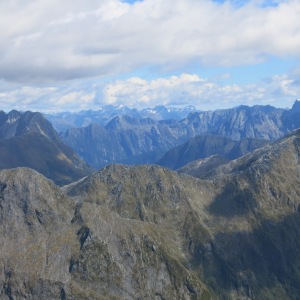 I love to travel.
View all posts by kcbernick →
This entry was posted in New Zealand Travel and tagged New Zealand. Bookmark the permalink.

3 Responses to Fjord of Flying