Time to do a little more touring around Sedona. We took a Segway tour with Adventures Out West. Before we set out, we went through a 15 minute training session to learn how to operate the Segway and become comfortable with it. Rather than touring the normal tourist areas, we went through some of the neighborhoods in the upper part of town. We were treated to some phenomenal views. 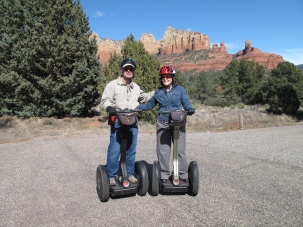 Riding a Segway is pretty easy as long as you remember to keep your balance and don’t get too close to any obstacles. For instance, if you get too close to a curb, you will probably take a tumble. I speak from personal experience. Fortunately, I wasn’t going fast at the time and just suffered a bruise to the hip and some sore muscles (plus a bruise to my ego.) For a skilled skier like Mark, it was very, very easy. It was great fun, and we would definitely do this again.

After the tour, we had dinner at a local restaurant: Elote Cafe. It opens at 5 pm, and is so popular (as much for the sunsets as for the food,) that people start lining up around 4:00 to get a table. We arrived around 4:15, and managed to get a table by the window with a great view of the mountains. We watched the sunset while we dined. The meal was well work the wait.

Another day, we rented a jeep for the afternoon from Barlow Adventures and took to the hills. This is a great way to get to some out of the way places. It’s a bit bone-jarring, but a ton of fun. We drove on two different trails.

The first, Soldier Pass, was a bit adventurous, especially for the first time. Mark had done some driving on trails before, but it was a first for me. At times, the trail is so steep that you can’t see over the front of the jeep – all you see is the bright blue sky. Just go slow and the jeep will do the work. 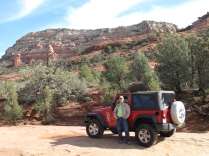 We stopped a couple of times and did a bit of hiking as well. There is an area called Seven Sacred Pools, which are dips in the rock in a small canyon off the trail. If you don’t get out of the jeep, you won’t see them. 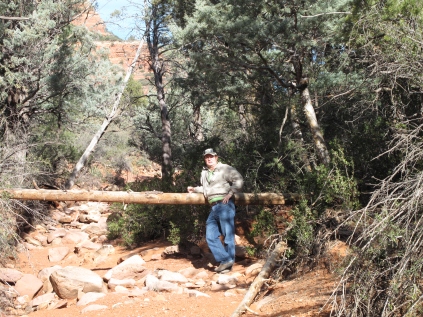 Another stop was at The Devil’s Kitchen sinkhole, which collapsed in 1981.Since there are areas that are still at high risk for collapse, we stayed well back from the edge – it’s a long way down. 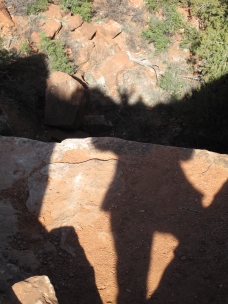 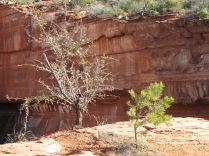 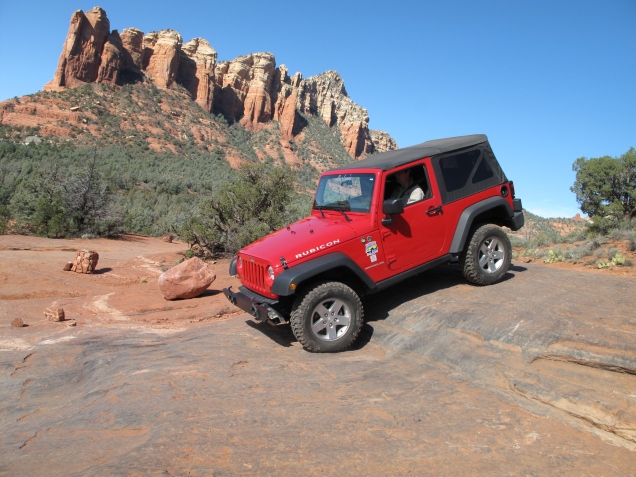 Next trail was Schnebly Hill Road, which actually connects to I17 to the east, although the road was closed after about 4 miles because of snow accumulation. It’s a rough ride, and I definitely wouldn’t consider it a viable shortcut to I17. On this trail, we were treated to some amazing views of the canyon and of the City of Sedona. It was a day full of “oohs” and “ahhs” for sure. At the top of the trail, were were about one mile above sea level. 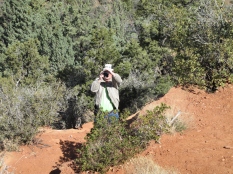 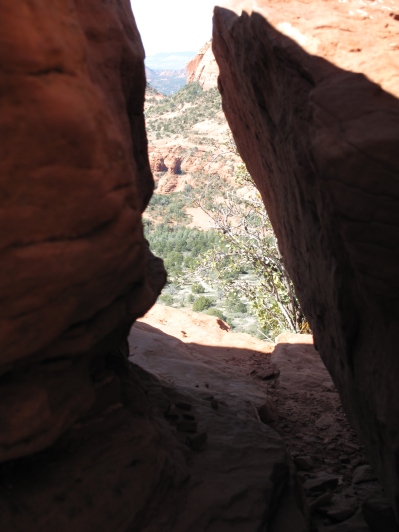 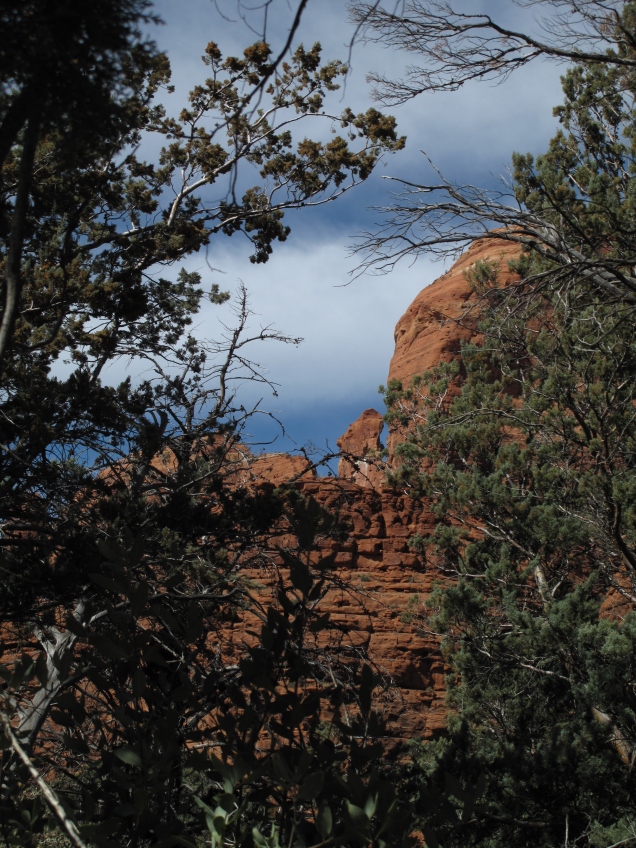 While driving back down, we saw several Border Patrol vehicles, including some pulling ATVs and mo

torcycles. Seems Sedona is pretty far north for border control issues, but it would be easy to hide in this wilderness if you are trekking cross country from Mexico.

I love to travel.
View all posts by kcbernick →
This entry was posted in Arizona, Sedona, USA Travel. Bookmark the permalink.