We went back to the National Naval Aviation Museum this morning to take a trolley tour around the grounds where we could see more of the collection of airplanes here. During the tour, we learned about what the letters mean on the airplanes: B for bombers, F for fighter, R for reconnaissance, etc. 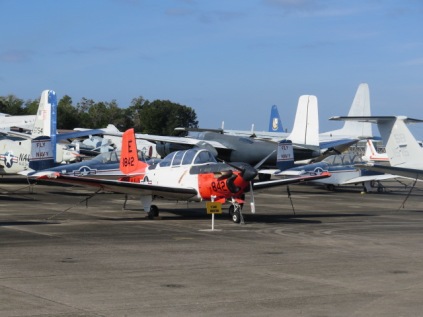 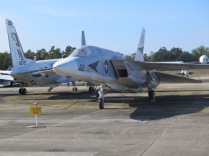 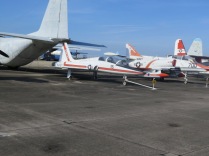 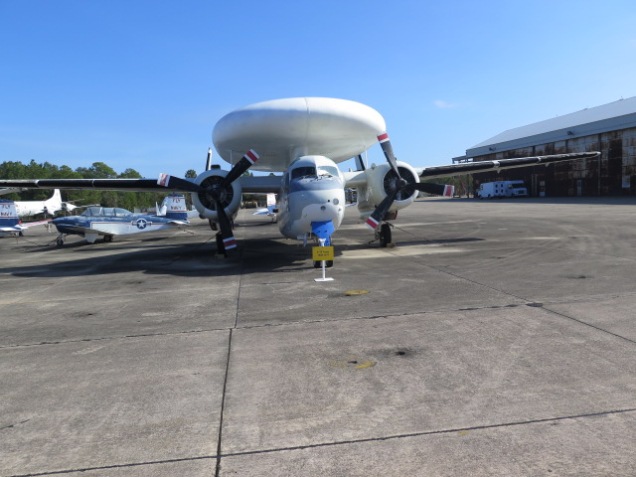 While on the tour, we had the good fortune to see six of the Blue Angels practicing. 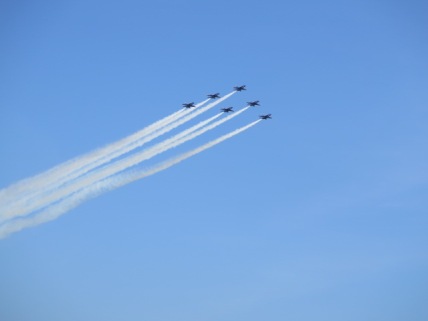 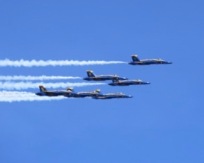 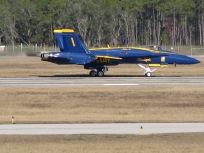 Back in the building, we viewed a short video showing what it’s like for the planes and helicopters taking off from and landing on an aircraft carrier – quite impressive.

Not content with this, we drove to the Air Force Armament Museum located by Elgin Air Base near Valparaiso, FL. Not only do they have airplanes, they have bombs and cruise missiles. There is a gun vault with over 180 handguns, including flintlocks, dueling pistols and Civil War pistols.

This museum was established in the mid-1970’s, using a WWII Enlisted Blub building.  About a decade later, a new facility was built and deeded to the US Air Force. Several planes are inside the building, but most are displayed outside. 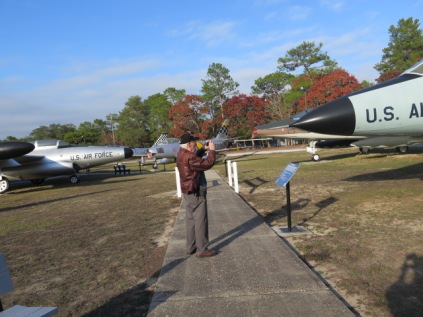 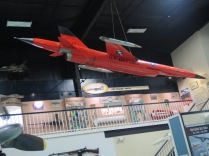 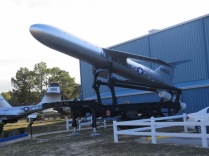 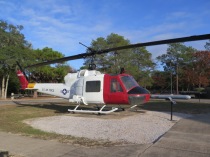 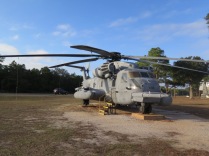 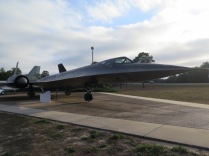 We drove back to our hotel via Navarre Beach, about 20 miles with the Gulf of Mexico on one side and Santa Rosa Sound on the other, affording us some lovely views of the waves and white sand beaches.

Tomorrow, we head out bright and early, going to back to cold, wintry weather. I’m not too happy about that.

I love to travel.
View all posts by kcbernick →
This entry was posted in Florida, Tesla, USA Travel. Bookmark the permalink.