I See a Hill

That’s one explanation for the name of Montevideo, Uruguay. The other is “sixth mountain from east to west.” Neither one is very romantic, is it?

Another sea day on Ash Wednesday this year. This is the first day of Lent in the Roman Catholic tradition. The origin is actually non-Christian, as is common for many Christian holy days. The Church often incorporated traditions from the local non-Christians to make their religion more familiar to their converts. In the old Nordic religion, it was believed that putting ashes on the forehead would assure the protection of Odin. Wednesday is named for Odin – Odin’s Day. The Norse practice actually came from the Vedic Indian religion. Ashes were believed to be the seed of the Indian fire god, Agni. It may also be an abbreviated form of “sackcloth and ashes.” All religions and cultures seem to borrow from each other.

Lent, itself, has changed over the centuries. In the early days of Christianity, there was discussion of a period of time for self-examination and repentance, it was only a few days. In the year 325, there was discussion of a 40-day period, but it may have been only for people preparing for baptism. It originally started on a Sunday, but was changed to Wednesday in the 600’s to reflect the 40 day period leading up to Easter.

We also had a shuffleboard rematch today, and unfortunately, the men won. We went for best two out of three, but again, they prevailed. I think the ship was listing in their favor.

Following the games, we enjoyed a short presentation by magician Jonathan Levit, called Magic Castle at Sea. Levit has a long resume as an actor, television host and producer as well, appearing on such shows as “The X-Files,” “Paranormal USA,” and “Miracle Hunters.” He performed a few tricks, but was primarily promoting  Magic Castle, which bills itself as “The Academy of Magical Arts.” Located in Hollywood, California, admittance is restricted to members and their guests. We received tickets that allow us to enter if we are ever in the neighborhood. Maybe we will.

Tonight’s after dinner show was “That’s Opera!” starring tenor Stefan Mullen and soprano Marianna Prizzon. They were accompanied by several vocalist, and the Serenity dancers and orchestra. We had heard them rehearsing the other day, and were excited to see them perform. No disappointments. They performed songs from “The Marriage of Figaro,” “Phantom of the Opera,” “Pagliacci,” and others that I admit I was not familiar with. It was a wonderful program, one that made my heart swell. I could have listened for much longer. 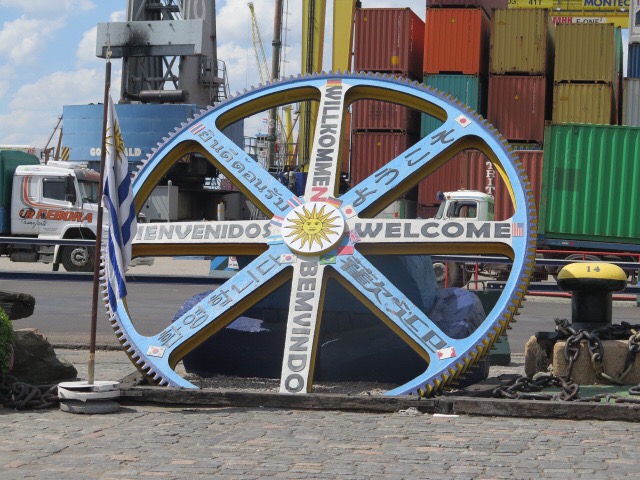 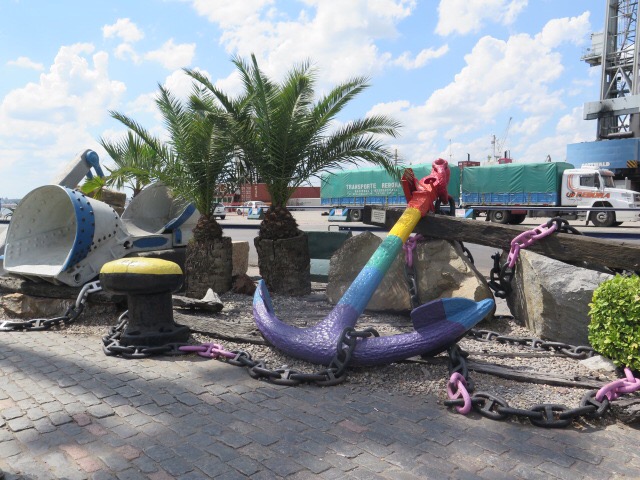 Uruguay’s population is 3.4 million, and about half live in Montevideo, the capital city. We were told that it is the least corrupt country in South America. José Mujica was president of Uruguay between 2010 and 2015. He had been a fighter in the 1960’s and 1970’s with the Tupamaros, a left-wing urban guerilla group. Mujica was imprisoned for 13 years. Following that, he entered politics. He donated 80% of his salary to charity, believing that the president should not live better than the people he governed. He is beloved by many Uruguayans, who affectionately call him “Pepe.”

We were also told that more beef is consumed per person than anywhere else in the world. Mate Tea is ubiquitous, made from the dried leaves of the Yerba Mate plant. You can find thermoses, mugs and straws for mate on every corner of the city. The Yerba Mate plant is a member of the holly family. Apparently, it gives the same energy that coffee gives, without the jitters that some of us experience. 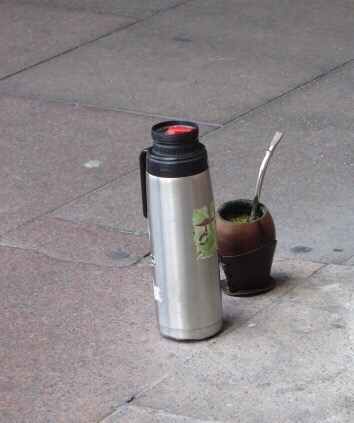 Uruguay is nestled between Argentina and Brazil, and both countries have tried to claim the area at one time or another. Of course, they had to get in line behind Spain and Portugal, and even Britain. The city of Montevideo was established in 1724 by Bruno Mauricio de Zabala, a Spanish soldier. The country finally achieved its independence in 1830, after several turnovers. General José Artigas led the fight for Uruguayan independence, and is sometimes called the “father of Uruguayan nationhood.” We located his statue at Independence Plaza.

It was hot, hot, hot today – the temperature reached 97 degrees Fahrenheit – made my Minnesota blood boil. These beautiful, sunny days area getting boring – NOT!!! Speaking of hot, they love tango here, maybe even more than in Argentina!

Rather than take a tour, we decided to just walk around this lovely city, and enjoy the fresh air. It’s a lively town, with plenty of steakhouse, cafes, and shopping, of course. 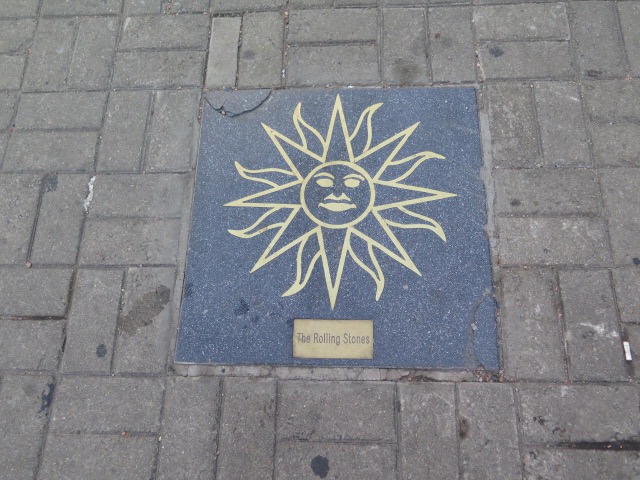 We stopped at an outdoor cafe for wine (me) and beer (Mark,) accompanied by french fries. We thought we were getting normal servings, but for about $15 US, Mark had a quart of beer, I had half a bottle of wine, and we both shared a good sized plate of fries. We then staggered back to the ship to enjoy some ice cream, take a nap, and finish packing. Sadly, we are disembarking tomorrow, but we will spend a few more days in Buenos Aires before returning to the frigid zone of Minnesota. 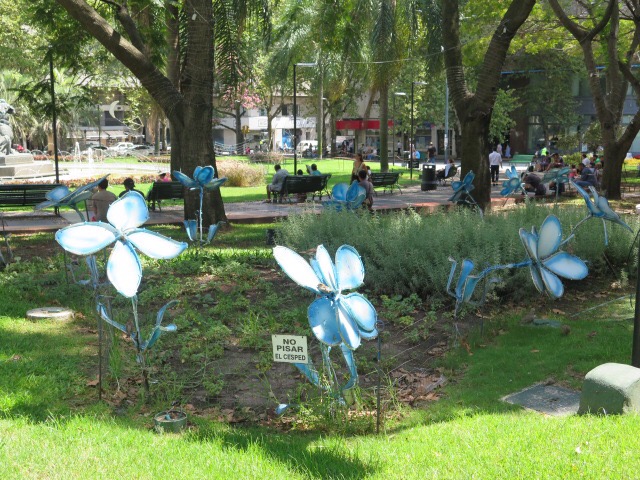 I love to travel.
View all posts by kcbernick →
This entry was posted in Crystal Cruises, South America Travel, Uncategorized, Uruguay. Bookmark the permalink.

1 Response to I See a Hill