It’s winter travel season again. We’d already booked a trip to San Diego on December 3, when we learned from our son, Ian, that Adam Savage and Michael Stevens were bringing their science show, Brain Candy Live!, was coming to Minneapolis on that day. Well, Mark and I are fans of Mythbusters (the original version, that is,) plus Mark has enjoyed Stevens’ Vsauce science podcasts on YouTube. We really wanted to see the show, so I went online and found that they would be in Milwaukee on December 1. I booked flights for the 1st, and we headed to Milwaukee this morning. It was so worth it. 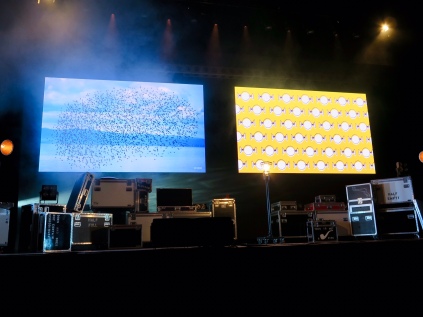 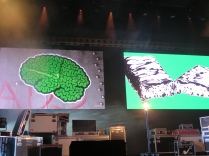 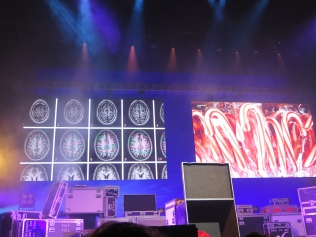 Adam and Michael have created a very entertaining show about science and how things work. It’s easy enough for the layperson to enjoy, and entertaining enough for young people. In fact, we believe it was mostly directed toward kids, hopefully getting them excited about science.

Most of the demonstrations went off without a hitch, but Adam had to pull out his Leatherman a few times to make adjustments to the equipment. That provided more opportunities to explain what went wrong, and how to fix it. One demonstration involved creating a hovercraft using a trampoline base and hairdryers. They brought up a young girl to ride it. She gleefully explained her love of science (Yay!) 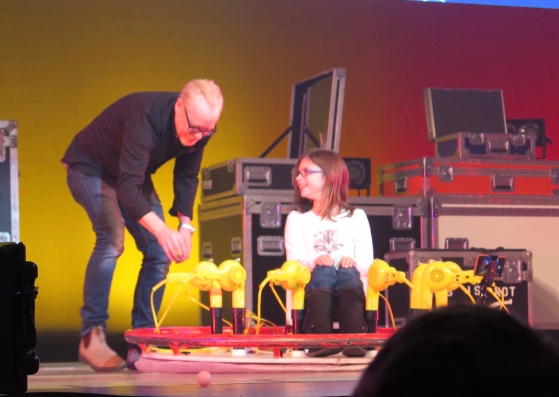 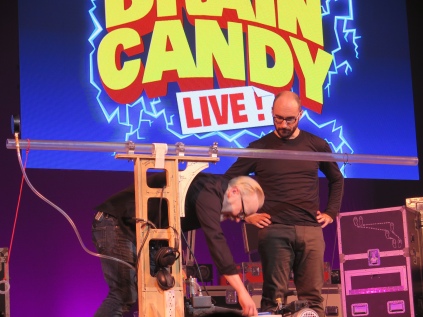 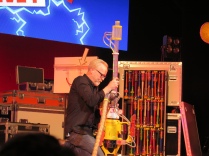 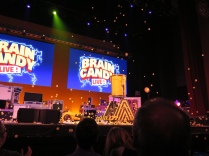 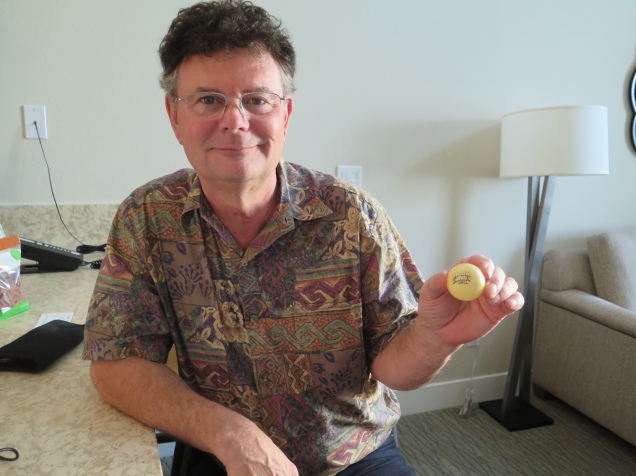 Best of all, we had tickets that allowed us to attend a “Meet and Greet” with Adam and Michael. They answered a few questions and we got our picture taken with them. This allowed me to thank Adam Savage for a podcast that he did a few years ago about Talking to My Kids About Sex in the Internet Age (but really about respecting girls and women.) He is one of my heroes for doing this.

I love to travel.
View all posts by kcbernick →
This entry was posted in Science, USA Travel, Wisconsin and tagged Adam Savage, Brain Candy, Michael Stevens, Vsauce. Bookmark the permalink.