Dave and Kathy took us to Old Town San Diego this morning, on yet another sun filled day.

Juan Rodríguez Cabrillo, a Portuguese explorer, landed here in 1542 and named the site San Miguel. However, Gaspar de Portolà i Rovira, a Spanish soldier and administrator, constructed a military outpost called El Presidio Reál (Royal Presidio) here in 1769, and named it San Diego, which name stuck. Spanish soldiers began building residences in the early 1820’s, using adobe brick. The town came under Mexican rule after Mexico gained its independence in 1822. It remained part of Mexico until 1848 following the US-Mexican war.

Although San Diego benefited from the gold rush of 1849, it soon declined. Future development occurred in nearby New Town. and fire destroyed much of Old Town in 1872. Sugar magnate John Spreckels began efforts to revive Old Town in 1907. Over the years, many buildings were renovated, and the area became a State Historic Park in 1968.

There are several museums, staffed by volunteers in period costume. As with any good historical attraction, there are many shopping opportunities. We resisted most, but did stop for a root beer float. Yum! 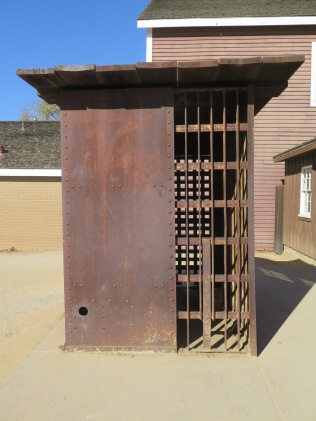 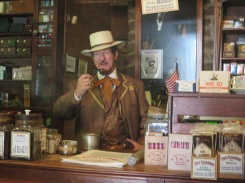 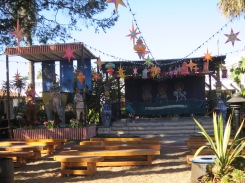 Our next stop was Mission Basilica San Diego de Alcalá, California’s first Mission, founded in July 16, 1769 by Junípero Serra, a Franciscan priest. Father Serra planted the first vineyards in California at this site, although they did not survive.

Mission Basilica San Diego de Alcalá was the first of 21 missions along the California coastline. The first church was destroyed by attacking Kumeyaay Indians in 1775. Reconstruction was mostly completed by 1790.

In 1834, Mexican Governor Figueroa confiscated the missions and put them up for sale. The locals could not afford to purchase them, so the mission properties were broken up and given to military officers who had served in the Mexican Spanish War. After the US took over the territory, the US Calvary used the Mission as a military presence from 1850-1857. The lands were returned to the Catholic Church in 1862 by President Abraham Lincoln. The property was in ruins and had to be restored.

The Mission was named a minor basilica by Pope Paul VI in 1976, and is also a National Historic Landmark. There has been some archaeological work done here over the past several years.

We visited Liberty Station at the site of the old Naval Training Center San Diego, which had operated here from 1923 – 1993. It is now a thriving retail and commercial center in Point Loma. We had late lunch/early dinner at a delightful diner, where I enjoyed one of my favorite meals – cheeseburger, french fries and chocolate malt. I’m so stuffed! 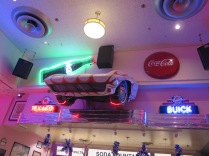 Final stop of the day was at Cabrillo National Monument to view San Diego at sunset – beautiful! 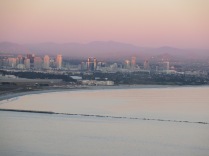 I love to travel.
View all posts by kcbernick →
This entry was posted in California, Missions, San Diego. Bookmark the permalink.