The Ostrich Capital of the World

Our ship docked in Mossel Bay, the bay of mussels, this morning. The name dates back to 1595 or 1601, depending on which story you believe. Mossel Bay is part of the Garden Route, of South Africa, a World Heritage Site, and a region whose climate and soil are conducive to agriculture.

We tendered to shore (our ship could not dock near shore because the water isn’t deep enough,) then took a bus ride up to Oudtshoorn (Xhosa word meaning “our pride,”) which bills itself as the ostrich capital of the world. This area is home to the largest ostrich population in the world. Ostrich farming became established in the mid 1800’s – early 1900’s, fueled by demand for ostrich feathers around the world. There is still some demand for feathers, of course, but also for ostrich meat, much of which is exported to other countries.

Our drive was about an hour, along a beautiful route, through the Outeniqua Mountains. Outeniqua means “land laden with honey.” Our guide gave us a little more history of South Africa as we rode. There are eleven official languages in South Africa, although English is the primary one. The Afrikaans language borrowed from the native peoples (San and Khoi,) Dutch, British, German, French, and from the slaves (Malay and Mozambique.) It does retain much of the Dutch language of the first European settlers here. 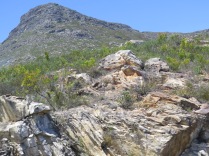 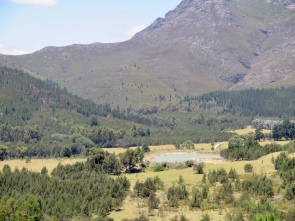 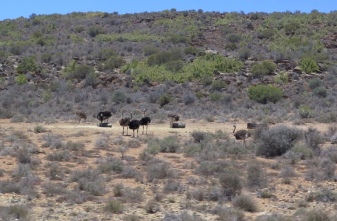 Nearby Pinnacle Point is home to a series of caves that have revealed occupation by Middle Stone Age people, dating 40,000-170,000 years ago. It is thought that people may have retreated here for survival during the ice ages.

We visited Safari Ostrich Farm, a working ostrich farm in Oudtshoorn. We learned about the strength of the ostrich eggs, the incubation process, how the leather is prepared and how to determine whether it is real or fake (the bumps in the leather can be pulled up to reveal where the feathers were attached.) Ostrich leather is quite expensive because it must go through eight stages before it can be used. All ostrich leather is naturally white, and easily stained, so must be dyed to its final color. An ostrich can live up to 60 years. The feathers are harvested by cutting them rather than pulling them out. Cutting them allows the feathers to regrow for future harvesting. 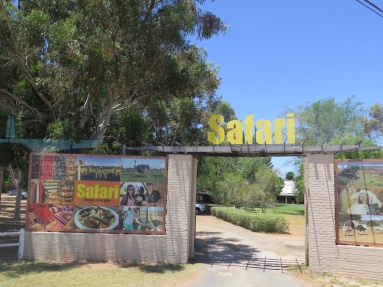 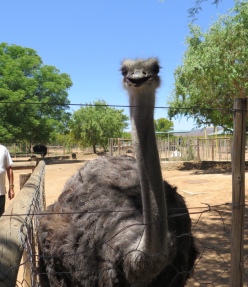 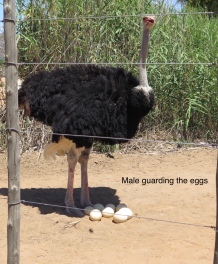 We had an opportunity to stand on an ostrich egg to test its strength (we passed,) and to feed the ostriches (again, we passed.) Ostriches need  stones or sand to help process the food they eat. It was fun to watch them grab insects from the air, then bend down to grab some sand.

There were a couple different breeds of ostrich, George and Riemple. The coloration varies between male and female. The farm had both mature and young ostriches. There was also a sizeable Emu herd at the farm. 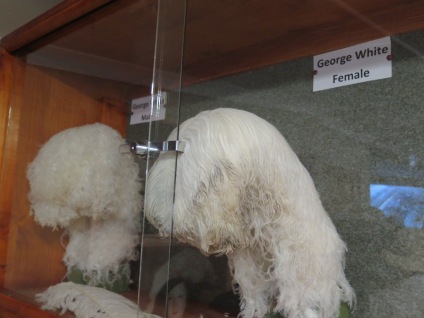 On our way back to the ship, we finally saw some Springboks, although they were far away, and probably part of a private game reserve. We hadn’t seen any on safari.

Tonight, we enjoyed a lively dance performance by a Latin Dance Team from Hungary. Then, off to bed.

I love to travel.
View all posts by kcbernick →
This entry was posted in Africa, Crystal Cruises, Ostriches, South Africa, The Garden Route, UNESCO World Heritage Site. Bookmark the permalink.