The day started out cloudy and a little misty, not unusual for Seattle. The city’s average rainfall is just under 40 inches, but that number had been higher in the last few years, with 48 inches last year. It rains about 150 days out of the year, generally a light drizzle. We felt a little drizzle as we walked to Seattle Center, home to the Space Needle, Museum of Pop Culture, the Pacific Science Center and more. Many festivals are held here, including The Bite of Seattle, a food fest, which is going on this weekend.

We started with a ride to the top of the Space Needle, which provided beautiful views of the city and harbor. 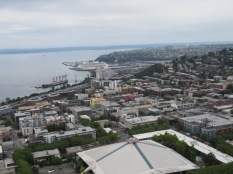 The Needle was built for the 1962 World’s Fair with its theme of science and space. The Space Needle is 605 feet tall. A 45 second elevator ride took us to the observation deck at 530 feet. Glass walls that lean out over the city were installed this year, replacing the former concrete and metal cage. The final piece was being installed this morning, so we did our share of gawking at the crew and equipment. Each wall, 48 in all, is three pained and weighs 2,500 pounds. All of the glass was brought up to the observation deck by crane, then stacked on the deck until installation. 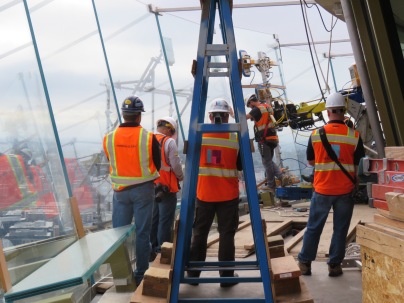 Our next stop was the Museum of Pop Culture. The main attraction was the Marvel Exhibit, with displays of artwork, costumes and props from the 80 years of Marvel’s history. When I was young, we weren’t allowed to have comics, but my cousin had plenty. The highlight of a visit to Bill’s house was the stash of comic books and Mad Magazines in his room. My brother and I would spend hours reading these forbidden manuscripts. I learned at this exhibit that, in the 1950’s, comic books were considered dangerous for young readers – full of violence, sex, evil characters, absolutely no redeeming qualities. The Comics Code Authority was formed in 1954, with rules about nudity, marriage and divorce, violence, criminal behavior (no anti-heroes allowed,) treatment of religion, respect for authority, etc. We’ve come a long way since then. 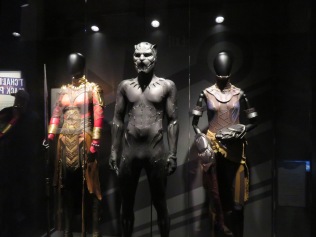 We also enjoyed exhibits about mythology and fantasy, Jimi Hendrix, and horror films. 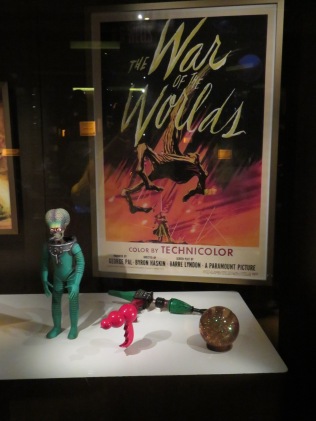 We walked from Seattle Center, past the Olympic Sculpture Park to the waterfront for a harbor cruise with Argosy Cruises. This hour long cruise provided us with great views of Seattle’s skyline, made even better by the sunshine that had greeted us after we left the museum. 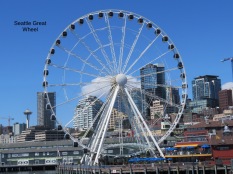 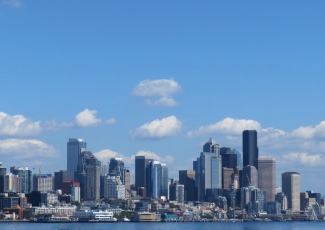 We still had a little time, so we visited the Seattle Aquarium, which was also enjoyable.

All in all, it was a very enjoyable day.