Last night, as we dined at the nearby Six Arms Restaurant (very good food), Mark noticed that we were sitting across the street from a Starbucks, and not just any Starbucks, but a Starbucks Reserve Roastery & Tasting Room.

The largest Starbucks store in the world, it is set in a 15,000 square foot space with meeting spaces, bars (not just for coffee), pastries, coffee accessories, and a large coffee roaster. After the beans are roasted, they are sent via an overhead conveyor system to waiting bins to be ground for immediate use or bagged for sale. 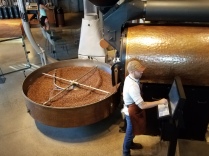 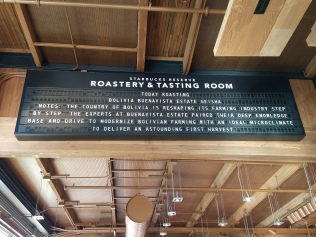 There are eight difference processes for the coffee, but I don’t really know what they are. I just know that this place smelled like heaven. Of course, I couldn’t drink any coffee at night, since I do like to sleep, but we managed to find time this morning to pick up some coffee, both brewed and beans to bring home. Yay!

We learned the other day that Starbucks is repurposing shipping containers and other reclaimed materials for mini cafes around the country. We actually drove by one yesterday on the way to the Future of Flight Museum.

Caffeine fix achieved, we headed back on the road, stopping in Mulkiteo, Washington, for yet another aircraft related tour, this one of the Boeing Factory. There are a few airplanes in their museum, but we were not able to take any photos in the factory itself. We were able to take photos in the museum and of the grounds from across the road, where there were several airplanes lined up waiting for painting or testing. 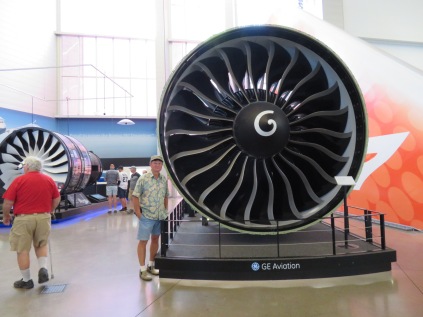 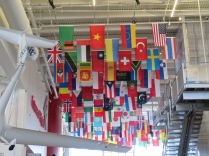 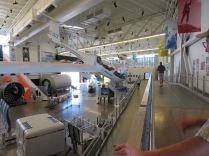 Again, I was pleased to find this a fascinating tour. The Future of Flight Boeing tour lasted about 90 minutes, during which we visited the production floors where Boeing builds 747s, 767s, 777s and 787s. This manufacturing site covers almost 100 acres, and the factory itself is the largest building in the world at over 472 million cubic feet. The first part of the plant was built in 1966, and has been enlarged several times since then. As airplanes grow longer, the wing span must increase as well, and accommodations have had to be made to hold these very large aircraft. Parts are flown in from several locations and assembled and painted here. The aircraft go through extensive testing before being picked up by the customer.

We saw airplanes being manufactured for UPS, FedEx, the US Navy, El Al, Korean Airlines and several others. We got to see them working on the first prototype for the 777X, which should be ready for consumer flights in 2020. The 787 is being built with Carbon Fiber Reinforced Polymer, making it very light and efficient.

The plant employs over 30,000 people. On day shifts, there are up to 20,000 people working in the plant, on evening shifts about 10,000 and even today, Sunday, there were about 2,000 working. We didn’t see many of them on the floor because much of the work is being done inside the structures. It was all very impressive. 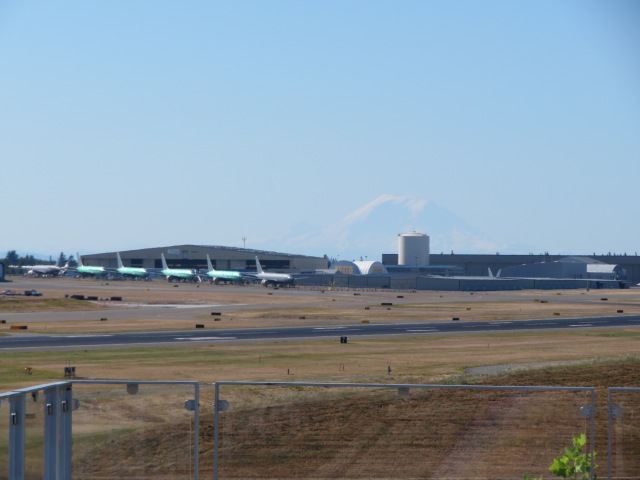 Wide-bodied jets in process, with Mount Rainier in background

I love to travel.
View all posts by kcbernick →
This entry was posted in Aircraft, Boeing, Seattle, Spacecraft, Starbucks Coffee, Washington State. Bookmark the permalink.

1 Response to Coffee and More Airplanes