Vernal Fall cannot be seen from the road, and we missed it on our first visit in 2009. The local name was Yanopah, meaning “little water cloud.” It received its current name from Lafayette Bunnell in the 1850’s. As a member of the Mariposa Battalion, the first non-Indians to enter Yosemite Valley, Bunnell is also credited with giving the valley the name Yosemite. By the way, the word Yosemite means “those who kill.” The Miwok Peoples were afraid of the valley dwellers, referring to them as killers.

Vernal is a 317 foot waterfall on the Merced River. Visitors can hike to the top by following the Mist Trail in Yosemite. It’s a short hike, less than 1.5 miles, but it becomes steeper as you ascend. We decided to take the hike on our return visit in 2013. I didn’t go all of the way because I was experiencing some light-headedness from the altitude. The trail is slippery and not one to be attacked if you’re feeling a little dizzy.

Rather than return to the bottom of the trail, I found a large boulder in the middle of the river below the falls. I scrambled out onto the rock and was able to experience some lovely views. 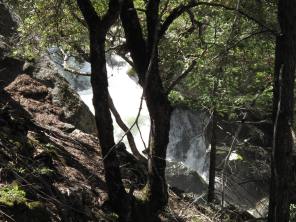 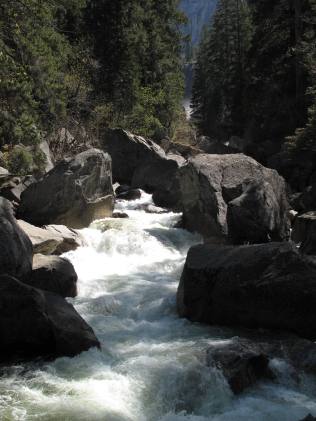 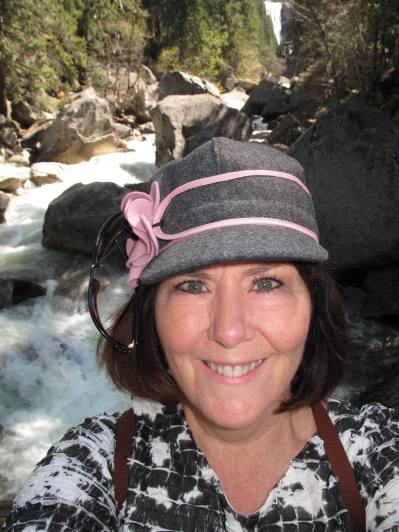 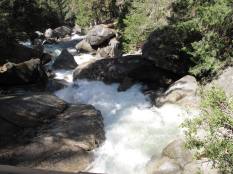 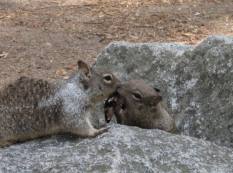 Mark, however, continued to the top and was rewarded with some lovely views of rainbows in the mist. 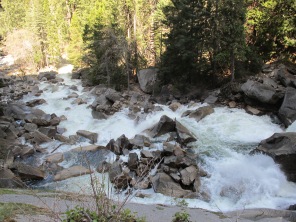 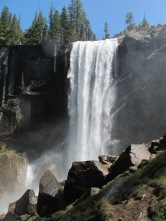 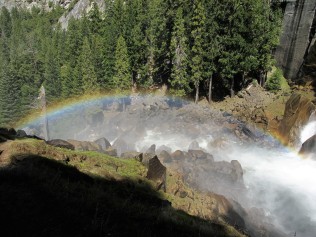 A little bit of trivia: In 1932, a US postage stamp used a picture of Vernal Fall, but identified it as  Pagsanjan Falls in the Phillipines. It quickly became a collector’s item. In 2008, the stamp was valued at $25 for a mint copy.