Iguazú Falls is my favorite waterfall to date, and yes, we’ve been to Victoria Falls. This waterfall is located in Iguazú Falls National Park, a UNESCO World Heritage Site.  The name means “big water” in Guarani, an accurate description. Iguazú Falls have been featured in several shows and movies, including “The Mission” in 1996, “Indiana Jones and the Kingdom of the Crystal Skull” in 2008, and as Warrior Falls, the site of  T’chulla’s battles and coronation in “Black Panther” in 2018.

The Iguazú (Iguaçu or Iguassu if you are in Brazil) River flows between Argentina and Brazil, spreading almost two miles in width and dropping over 150 feet from 275 waterfalls! When Eleanor Roosevelt visited these falls, she is reported to have said “Poor Niagara.” Now, I haven’t been to Niagara yet, so I can’t comment. Average flow here is 61,600 cubic feet per second, with a maximum record flow over 1.6 million cubic feet in 2014. Niagara’s average flow is 85,000 cubic feet, but it has never exceeded 293,000 cubic feet.

I confess that we were unaware of this treasure when we planned our cruise. We heard about it at an on-board ship presentation, and since we had a few extra days in Buenos Aires, decided to fly there for a couple of days. Our hotel was located inside the park, and our room afforded us some amazing views of the falls, with the mist rising above them, and the roar in our ears. We could even go on the roof for better views. 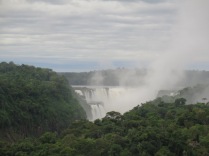 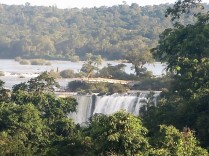 Those views from the hotel were just a taste of what we were to see when we headed to the park. It is difficult to describe the beauty of these waterfalls. There are two different paths around the park, an upper circuit and a lower circuit. We took both. On the upper circuit, we could look down on the falls and even walk over them in some areas. 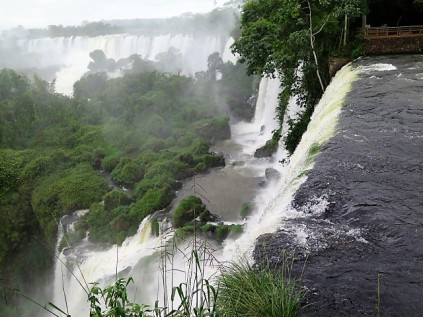 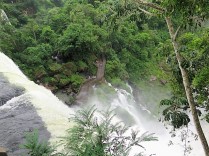 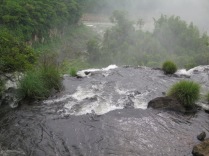 The lower circuit gave us another perspective, allowing us to get close enough to the falls to get drenched. 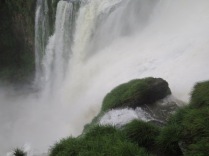 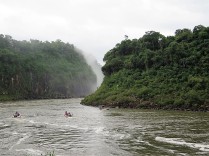 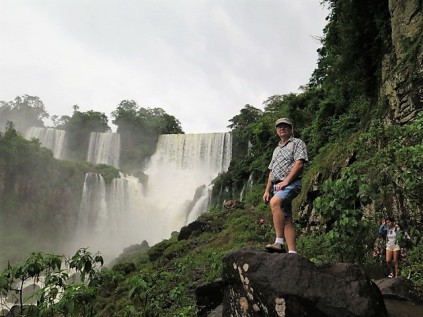 The river flows around the San Martin Island, and tour companies were offering boat rides that take the riders close to island, and also allow them to view the Devil’s Throat, the highest and deepest of the falls. Other companies offer flights over the falls.