Spelunking and Spam in Southern Minnesota

By the way, the scientific study of caves is referred to as “speleology,” not “caveology.”

We’d seen signs for Niagara Cave, and decided to check it out for ourselves. The cave is located southeast of Rochester, Minnesota, just one mile from the Iowa border.

On our first attempt, on a warm sunny day, our GPS did recognize the cave, but it got confused as we got closer. We took a few wrong turns, driving through beautiful farmland, on white limestone gravel roads, before we finally found it. Unfortunately, we weren’t dressed appropriately. Shorts and sandals were not recommended. We were told that the one hour tour included 500 steps, dripping water with potential slippery areas, and the underground temperature was only about 50 degrees.

So we left, with plans to return. On our second attempt, this time properly attired with jackets, jeans and sturdy shoes, we had just as much difficulty locating the cave, and we toured different areas of Minnesota farmland on the way. It was worth the effort, though. If you choose to go, and we do recommend it, allow a little extra time for unplanned exploration. 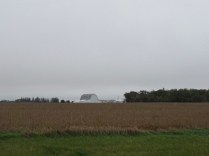 Niagara is a limestone cave under Minnesota crop land that was owned by John Kennedy in the early 1900’s. The cave was discovered in 1924 when Phil Todd, who was operating the farmland, had three little pigs escape and then disappear. Todd enlisted his nephews to help look for the pigs. After an extensive search, the boys found that the pigs had fallen through a narrow crack in a sinkhole. They got some ropes and lights and ventured down into the hole where they found the pigs on a rock ledge. They also found vast rooms and passageways that extended beyond what they could see with their lights.

Todd’s nephews told others of this amazing find, but most people didn’t believe them. Eight years later, some cave explorers, Joe Flynn, Leo Tekippe and Al Cremer from Decorah, Iowa heard about it, and decided to explore. After several hours they came upon an underground waterfall, fed by subsurface streams. The explorers decided to develop the cave and leased the land from Mr. Kennedy. They spent two years preparing walkways, adding staircases and bridges, and installing a lighting system. Niagara was opened to the public in 1934.

There is a Wishing Well (coins no longer allowed), a wedding chapel, the Crystal Chapel which hosted its first wedding in 1935, an Echo Chamber (Mark tested his pipes here.) The flow of water creates interesting flowstone deposits on the walls of the cave.

The cave has several fossils that are hundreds of millions of years old, including cephalopods, fisherites, horn corals, and gastropods. 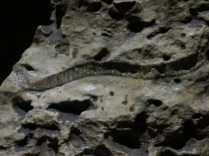 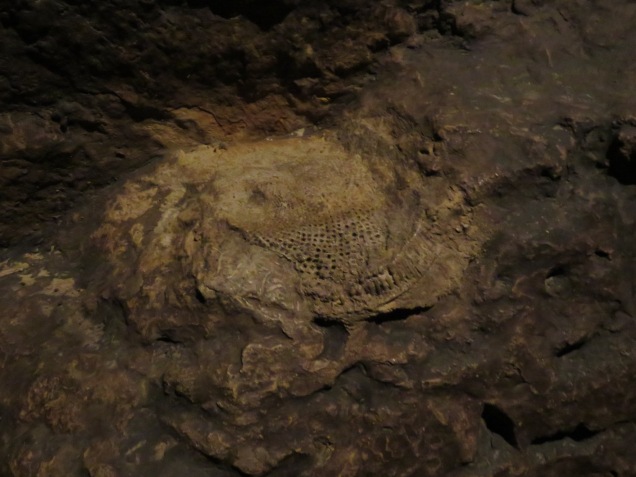 We learned how to remember the difference between stalactites and stalagmites. A stalactite, with a “c” drops from the “ceiling,” a stalagmite, with a “g” rises from the ground. I supposed true geologists would laugh at this, but we untrained and unknowledgeable folks won’t be offended.

Some types of stalactites we saw were “ribbon,” “soda straws,” “shark tooth,” 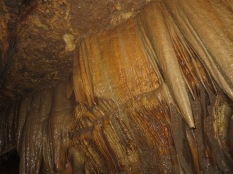 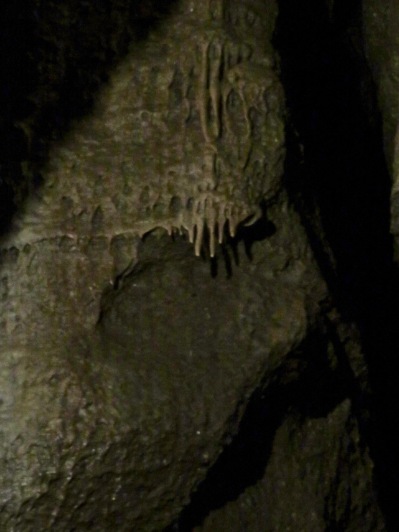 We explored several narrow passages with ceilings as high as 100 feet, or as low as five feet. This is not a comfortable place for the claustrophobic. 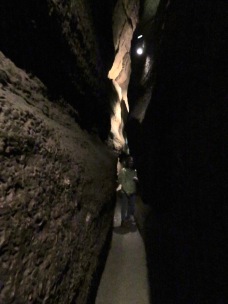 Perhaps the most exciting part of the tour was the underground waterfall, with a 60 foot drop.

It did seem like we walked 500 steps, only half, of course, were going up, but we built up an appetite, so we headed west about 60 miles to Austin, Minnesota, the home of Spam!!! This is the edible kind of spam. The museum is located downtown, with a store attached so you can buy souvenirs, including Spam. We went home with a sample pack of twelve varieties. Perhaps we can throw a Spam party when we get home. 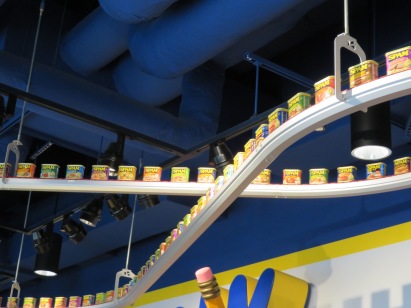 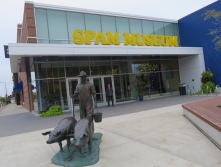 The museum proved to be quite informative. Spam is canned cooked meat produced by Hormel Foods Corporation. It was first introduced in 1937, and was used by England’s and Russia’s military as well as our own during World War II.  and gained popularity worldwide after its use during World War II. There are currently 14 varieties, including garlic, hot and spicy, bacon, teriyaki, chorizo, and Tocino (only available in the Philippines. We sampled a few while visiting the museum. You can also find hundreds of recipes from around the world. 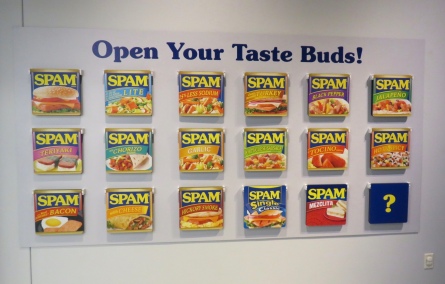 Hormel Foods was founded by George A. Hormel in Austin in 1891, and has since become a multi-brand corporation with over $4 billion in sales internationally, including almost 400 million cans of Spam. Their Project SPAMMY program donates 2.5 million cans of fortified chicken product to children in Guatemala to address malnutrition there.

The Hormel family maintains a presence in Austin through The Hormel Foundation, which allocated over $8 million in grants to the community. The Hormel Institute in Austin is a cancer research department of the University of Minnesota that frequently collaborates with the nearby Mayo Clinic. These things make Austin a great place to live for its 25,000 residents.

So eat that Spam with pride!