Decepción Island is the caldera of an active volcano which last erupted in 1970. Over half of the island is covered by thin glaciers. It is also covered with about 100,000 nesting pairs of chinstrap penguins. The volcano keeps the beach and surrounding waters, within about six feet, warm enough for swimming!

King George Island is the largest of the South Shetland Islands, with 15 named glaciers, plus more penguins and seals for your viewing pleasure. Our ship took a detour into Admiralty Bay to allow us to see these wonders. 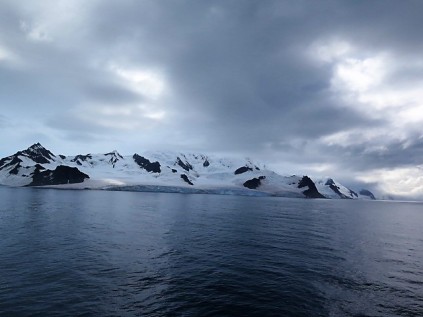 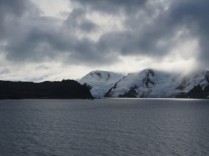 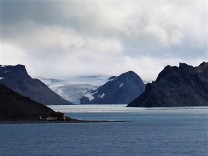 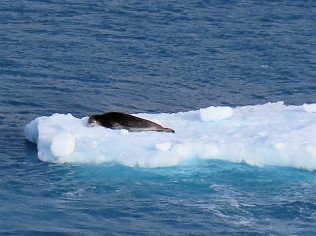 Elephant Island is where Ernest Shackleton and his crew landed after having to abandon their ship, the Endurance, while on a mission to reach the South Pole. The ship was crushed by pack ice in the Weddell Sea in 1915, and they were stuck there for about 10 months before sailing three lifeboats to Elephant Island. From here, Shackleton and five crew members took one of the lifeboats to South Georgia Island, and then trekked 21 miles over ice covered mountains to reach a whaling station. Shackleton is the epitome of a hero, managing to keep all 28 members of his crew alive until they were rescued almost two years after they became iced in.

The day was cloudy, but we still managed to see a great deal of ice. 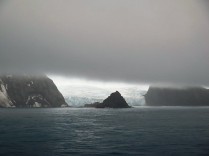 I love to travel.
View all posts by kcbernick →
This entry was posted in Antarctica, Glaciers and tagged Decepcion Island, Elephant Island, Ernest Shackleton, King George Island. Bookmark the permalink.