We flew into Dulles, Virginia for a wedding in Washington, DC. We decided to go to Dulles first since we hadn’t visited the National Air and Space Museum located there, and Mark seems to be on a mission to visit every airplane or space museum in the country.

Before flying out, though, we spent the night at MSP’s new airport hotel, the Intercontinental, which had opened only a month earlier. It’s not very busy yet, and some areas are not open. There is a bar on the top level of the hotel that provides views of the airport, with airplanes taking off and landing. It’s not open, but we were able to snoop around. 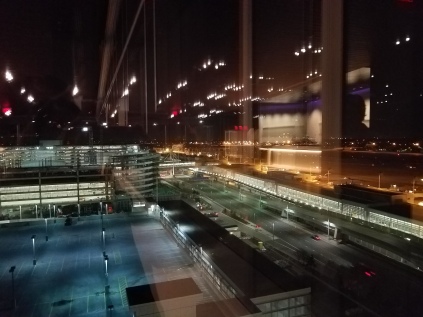 The meeting rooms and restaurants are very welcoming, with several options for small groups as well as large. One restaurant has an inventory of games, including a wall-sized Scrabble board, plus pool tables and shuffleboard. 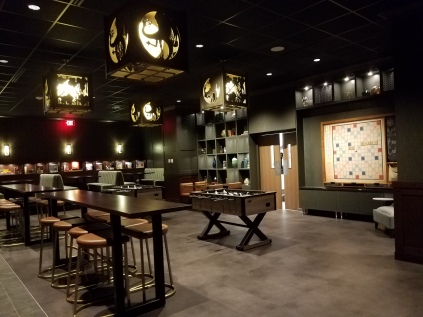 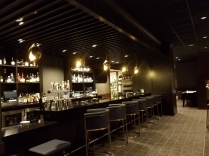 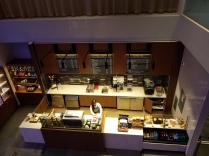 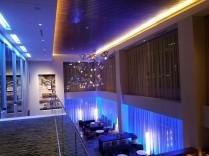 For the passenger traveling with carry-ons only, there is a TSA checkpoint on the third floor, so it’s possible to stay indoors all of the way from the hotel to the gate. For the rest of us with checked bags, the hotel provides a shuttle to the terminal.

The Steven F. Udvar-Hazy Center is part of the Smithsonian National Air and Space Museum. It was established in December, 2003 with $65 million in funding provided by Steven Ferencz Udvar-Házy, an Hungarian immigrant who co-founded International Lease Finance Corporation, an aircraft lessor. Smithsonian’s Air and Space Museum on the Mall was not large enough to accommodate many of its artifacts, which were stored off-site.

We had visited DC early in 2003, so this was our first opportunity to see this facility, which is home to the Enola Gay, the Boeing B-29 that carried the atom bomb dropped on Hiroshima, Japan. My father was stationed on the island of Tinian at the time, and recalls seeing the Enola Gay the next day in broad daylight. He also saw “Fat Man,” the name given to the bomb to be dropped on Nagasaki a few days later, although he didn’t realize at the time that this was an atomic bomb. 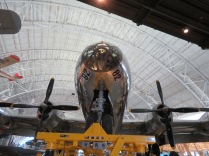 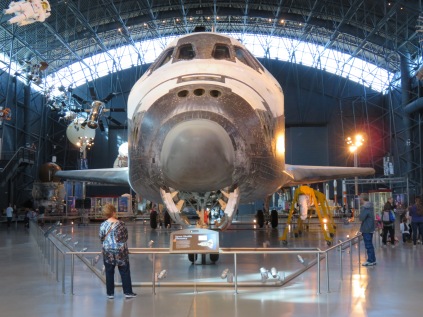 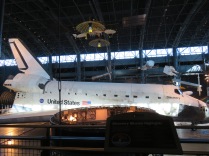 The museum is also home to a model of the Mother Ship in the movie Close Encounters of the Third Kind. According to the display, the team that made the model added some fun details, such as a Volkswagen bus, a submarine, the R2-D2 android, a US mailbox, an aircraft and a small cemetery plot. I do love a puzzle, so searched for these items while Mark was distracted by air and spacecraft. I did see R2-D2, some aircraft and the cemetery plot, but couldn’t find the other items. Actually, Mark found the cemetery plot as it was above my line of sight. 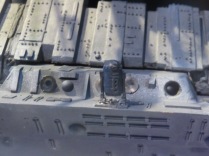 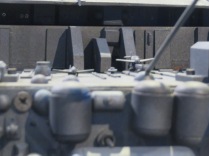 When we returned to our hotel, we arrived at the same time as seven buses of Honor Flight Honorees. We’ve never seen so many wheelchairs and oxygen tanks assembled in one place before. Seriously, we were pleased to see this group from Utah being honored. They were followed by several buses full of junior high hockey players, fortunately all staying in a different wing of our hotel.

We toasted them all at an outdoor firepit. 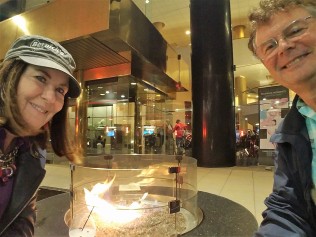 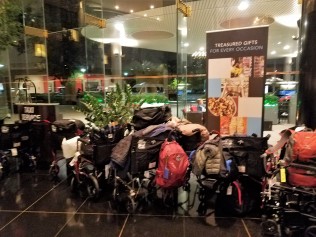