Our afternoon excursion occurred later than normal, so we could search for caimans and other nocturnal critters. We took the skiff up the Dorado River, stopping at a local village to visit with some children who were showing off the fish they had caught. They actually catch many of the fish by hand. One young girl tried to demonstrate the skill, jumping into the water, clothing and all, but wasn’t successful. 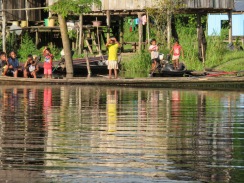 The Dorado River is a black water river near the middle of the Pacaya-Samiria Reserve. The water is dark (black) because of the minerals given off by decaying foliage. The pH value of the water is about 4.5, and there are low concentrations of electrolytes. Often when black water meets white water, you can find both Gray and Pink Dolphins swimming. The water churns where black and white join, bringing more fish close to the surface. Large-billed Terns joined in the fishing, dropping quickly to the surface of the water to grab their meals. 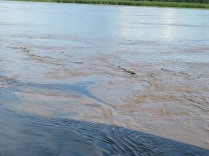 On our way, before the sun set, we were fortunate to see a White-throated Toucan, some Common Squirrel Monkeys, Red Howler Monkeys, scampering Shadowback Tamarins and a couple of Three-toed Sloths. One female sloth was sitting near the top of a tree with a baby in her lap. 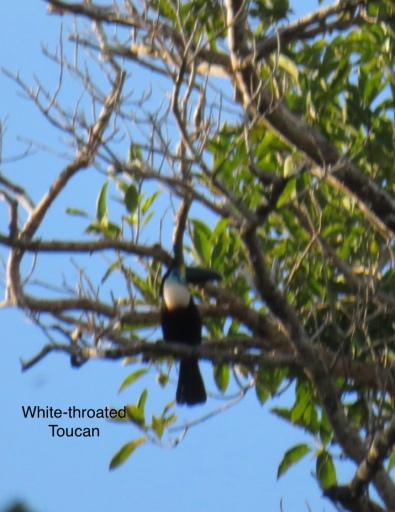 The sunset over the water was stunning tonight, like fire and gold reflecting on the water. The only thing that spoiled the sunset was the emergence of the mosquitoes and other biting insects. They dined well tonight.

After dark, our guide began shining his lamp on the water, swinging it from side to side, to find caimans. We were told to look for red, shiny eyes. It took a while, and we did not see any adult caimans. However, the baby Spectacled Caimans we saw were worth the trip. We did manage to spy a Common Potoo, but it’s as difficult to see at night as it is in the day. 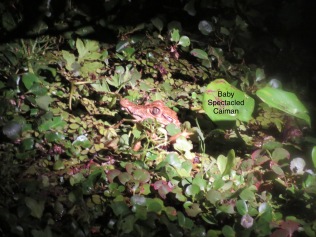 We returned to our ship in the dark. It has a new beauty when lit up at night. 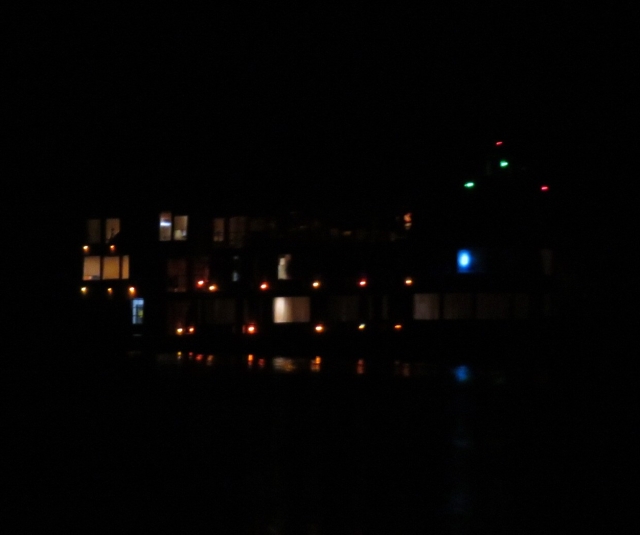 Although we didn’t see any Black Caimans, which are less common than the Spectacled Caimans, there is a local legend about them as well. There was a shaman named Icaro, who when nearing the end of his life, gathered his family around and told them to bury him at the mouth where the Great Amazon River starts, where the Marañón and Ucayali Rivers meet, creating a whirlpool. He instructed his family to sink him there in his dugout canoe, as it was the only way his spirit could enter the next world. When Icaro died, his family found a slug sitting in Icaro’s right arm, which they buried with him. At Icaro’s burial, the sun wept a blazing red, then went orange and then black. As Icaro slipped into the water, the sky went dark. His family returned home, all but the youngest son who waited and saw two caimans circling the area where Icaro was put into the river. The son left and returned the next morning, where he saw an enormous caiman come onto the river bank. This caiman had a slug on his tongue, so the boy knew it was his father, Icaro. The local name for the Black Caiman is Icaro.