After leaving our aunt and uncle’s home this morning, we headed south to Bradenton, FL. We contemplated stopping for lunch on the way in Hernando Beach, but weren’t sure we’d be satisfied. Still, I kind of wish we’d checked it out.

Instead, we continued on to the Ellie Schiller Homosassa Springs Wildlife State Park, about 70 miles north of Tampa. The park covers almost 200 acres, of which we explored only a few.

The Homosassa Springs area was a popular site for fishing and hunting by the Timucuan and Calusa Indians as well as Seminoles. It has been a tourist attraction since the early 1900’s, and was first developed as such in the 1940’s. The area was purchased in 1964 and marketed as “Nature’s Own Attraction,” complete with “Indian maidens” and exotic animals that were trained for television and movies. When the property came up for sale in the 1980’s, local citizens spearheaded an effort to have the local county purchase the park and hold it until the state of Florida could purchase and preserve it. The Homosassa Springs Wildlife State Park became part of the Florida State Park System in 1989.

After arriving, we took a short boat ride, captained by a park volunteer. The weather was perfect today, warm with very little breeze. The blue skies provided a beautiful background to trees and birds, the water was clear enough to see the many fish and a few manatees, plus it provided a mirror for the water fowl, turtles and foliage.

The park’s oldest resident has been here since this was an exotic wildlife park. “Lu,” short for Lucifer, is a 59-year old hippo who starred in the 1960’s television show Daktari. Lu is truly a senior citizen, few hippos reach the age of 50 in the wild, or 60 in wildlife preserves and zoos. When the park became a preserve, Florida law would only allow native animals to reside here, and Lu didn’t qualify! Rather than have Lu shipped to a zoo, Gov. Lawton Chiles granted him official citizenship status so he could stay at the preserve. 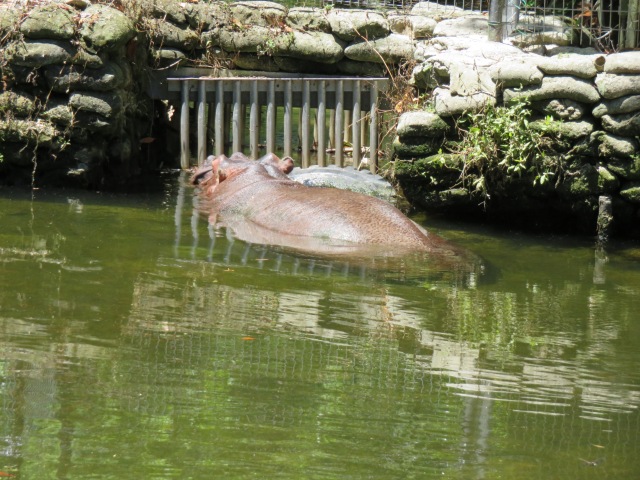 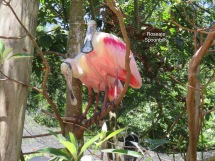 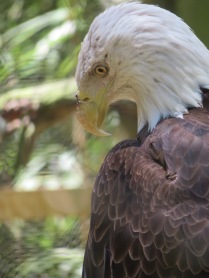 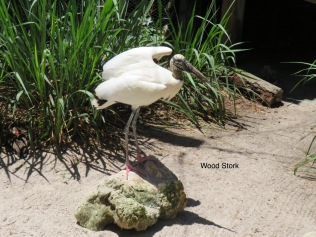 The park has an underwater observatory where we can see manatees (when they are feeding) as well as fish. It was a lovely day all around. 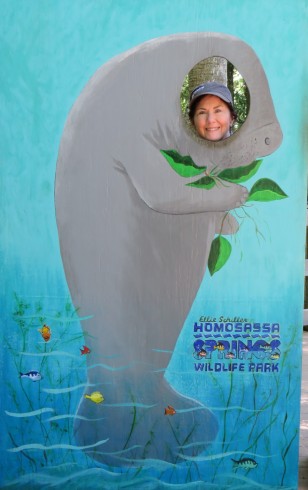 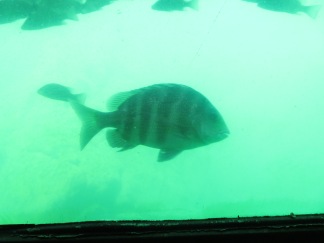 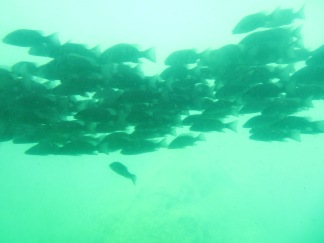 I love to travel.
View all posts by kcbernick →
This entry was posted in Florida, Hippos, Raptors, USA Travel, Wildlife Refuge and tagged Lu the Hippo. Bookmark the permalink.