On the first day of our Florida trek, our new SUV packed, we headed out with the intention of going as far as we could before stopping for the night. We reached Cedar Falls, IA in time for lunch at the local Maid-Rite. We’ve enjoyed many Maid-Rites in our home town, so we figured we need to try this one out.

Maid-Rite has been around since 1926, started by butcher Fred Angell in Muscatine, Iowa. There are several locations in the Midwest, mostly in Iowa. If you haven’t had one, it’s a loose meat sandwich made with crumbled ground beef and spices, like a sloppy joe without the sauce. 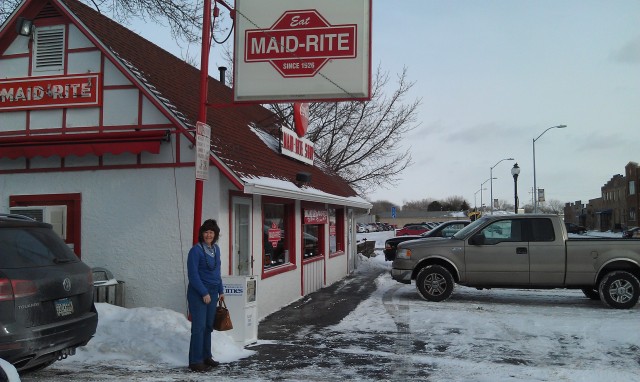 After lunch, we went in search of the Iowa 80 Truckstop, which bills itself as the world’s largest truckstop. It is certainly the largest one we’ve ever seen. There are a couple of restaurants and a very large store, as well as a theater and barbershop, and showers for truck drivers. You can get anything you need for your truck, or even place an order for a new truck.

Iowa and Illinois had been hit with a snow and ice storm the day before, so we saw quite a few cars in the ditch. At one point, the saw the aftermath of a crash between two semis. Traffic was backed up for a few miles, moving at a snail’s pace as the accident was being cleaned up. One trailer appeared to have been cut in half, the other was pretty beat up as well. 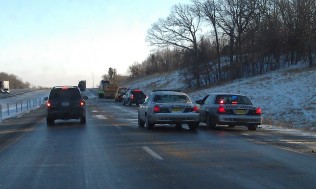 The next day we drove to Lexington, KY, where we visited the largest independently owned bookstore in Lexington – Joseph-Beth Booksellers. The name comes from the middle names of its founders, Neil and Mary Beth Van Uum. While we were there, we picked up a book about Kentucky Bourbon, since we were now in official bourbon country.