The Sea to Sky Highway, Highway 99, runs from Vancouver along Howe Sound, a very scenic area. This part of British Columbia was covered by 2 kilometers (about 6,500 feet) of ice during the last ice age. The receding ice left the Howe Fjord, surrounded by mountain, and filled with steep islands which are accessible only by ferry or water taxi. We rode along this route for about an hour to Squamish. 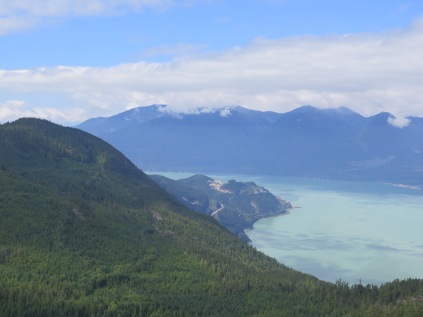 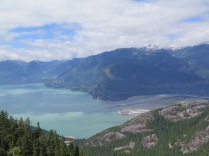 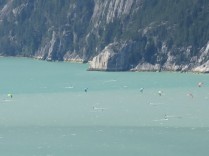 The town of Squamish is named for the Squamish First Nation. Some years ago, there was concern that the Squamish language was disappearing, so the schools here began teaching the Squamish language to their students. As part of the effort to preserve the language, the road signs along the Sea to Sky Highway have place names written both in English and in Squamish.

Along the way, we rode by the town of Britannia Beach, home of a no longer operating copper mine. The mine had operated from 1904 to 1974, originally by the Britannia Mining & Smelting Company, and then by Anaconda Copper Company.

Our destination today was the Sea to Sky Gondola, located near the town of Squamish. The gondola took us up to about 550 feet above sea level, where we could access numerous trails. The area is popular with hikers, mountain bikers, rock climbers, mountaineers and tourists like us. 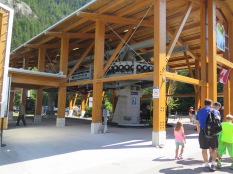 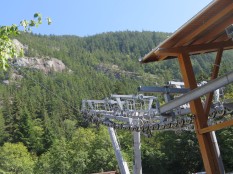 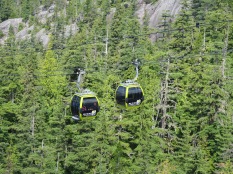 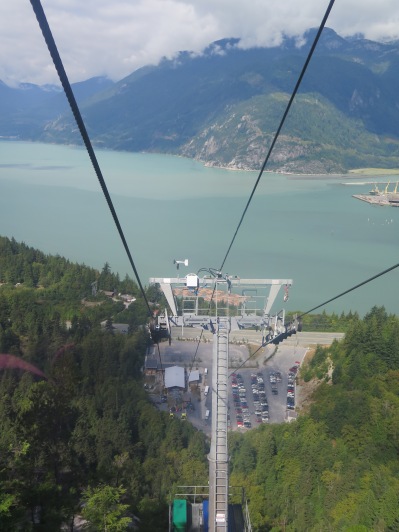 Once at the top, we walked across the Sky Pilot Suspension Bridge, a 500 foot bridge high above the land below to access the trails on the other side. The views were phenomenal, no matter where we went, and we could see several glaciers on the peaks that surrounded us. 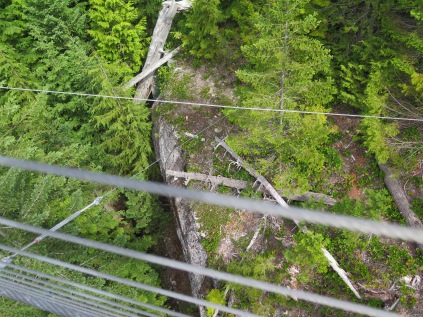 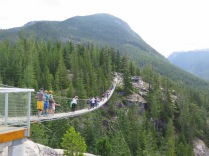 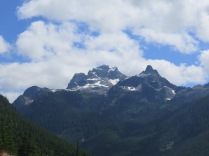 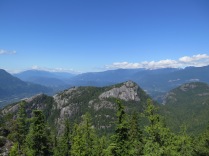 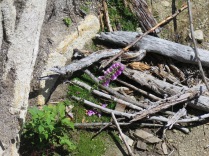 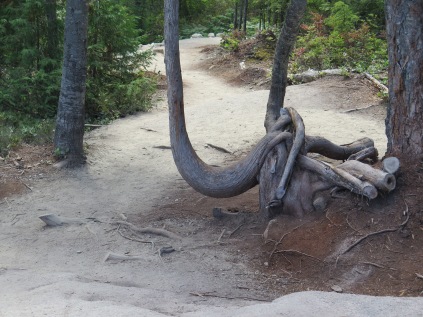 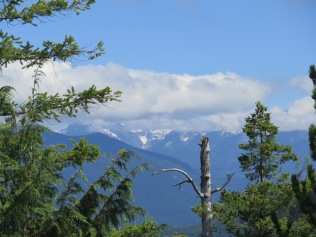 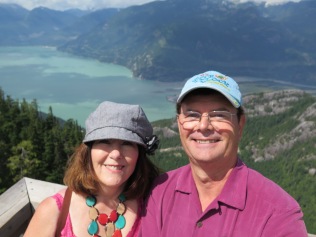 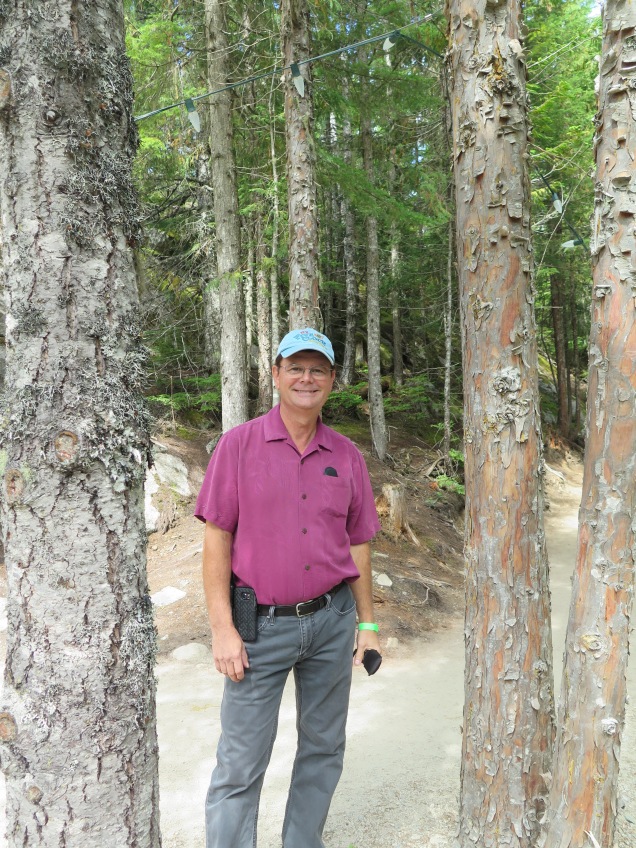 After a few hours, we returned to Vancouver, and decided to have pizza at Boston Pizza just across the road from our hotel. While there, we noticed that the delivery person was riding an electric scooter to make deliveries. Mark asked about it and the young man joined us for a nice conversation about Vancouver and its growing film industry. He is an actor, hoping for his break, delivering pizzas in the meantime. We really enjoyed visiting with him, and he gave us some good suggestions for further touring.

The scooter is made by Motorino, a Vancouver based company founded by Steven Miloshev in the early 2000’s, to build electric bikes and scooters. These machines can be operated without a driver’s license, adding to their appeal. Also, the scooters cost less than $3,000.

We have noticed several docking stations in the city for bicycles. These are part of a Mobi public bike share program through the City of Vancouver. People who wish to use the bikes sign up for a Mobi membership and pay for time used. The city plans to have 1,500 shared bicycles and 150 stations available by the end of this summer. 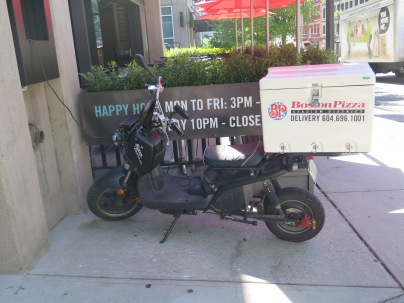 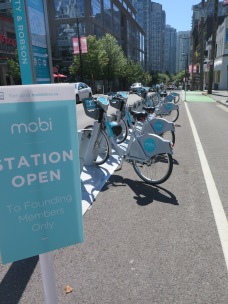 I love to travel.
View all posts by kcbernick →
This entry was posted in British Columbia, Canada, Uncategorized, Vancouver and tagged Public Bike Share, Sea to Sky Highway, Squamish. Bookmark the permalink.