This was our last day in Vancouver. We visited Science World for a few hours. It’s really designed for children, but we still enjoyed several of the exhibits. Outside of the museum was a piano with a sign for Pianos on the Street, a project started in 2009 designed to share the passion of music and inspire people to play. There are more than a dozen in Vancouver, and more are planned.

I was also pleased to see a poster advertising a DIY program for girls aged 12 – 15, Project DIY. Sounds like a great way to get girls involved in science. 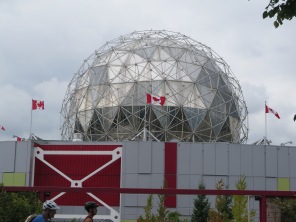 I enjoyed the names of many of the bars and restaurants in this town. They reflect the creativity of the city’s inhabitants. I wish we could have tried them all. Perhaps we should stay another week? Maybe two would be good. 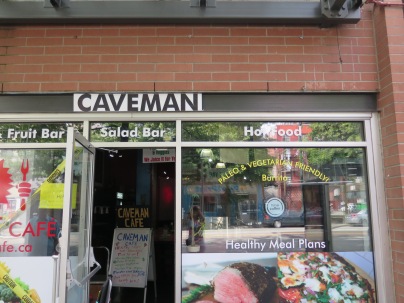 As we are leaving Vancouver, I want to leave you with some impressions of the city. 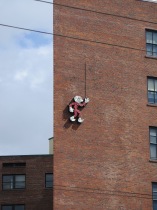 This Gastown steam clock blasts its horn every hour. 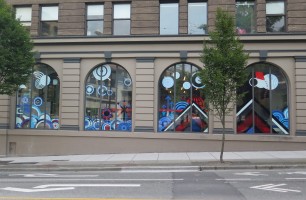 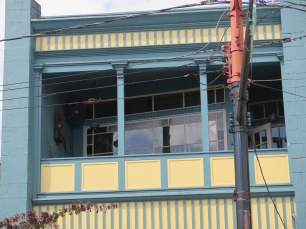 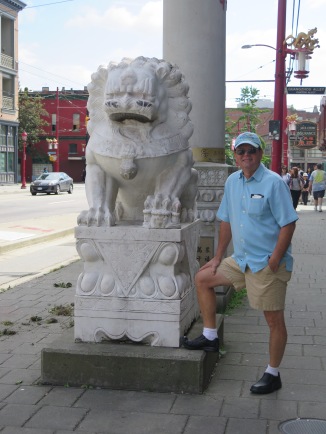 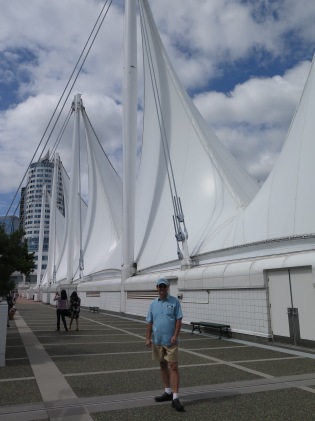 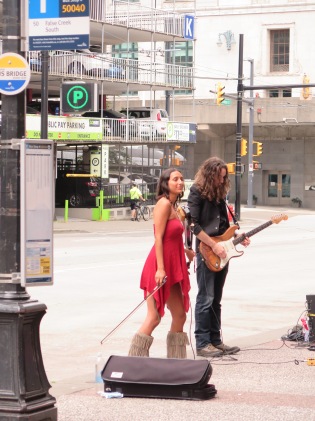 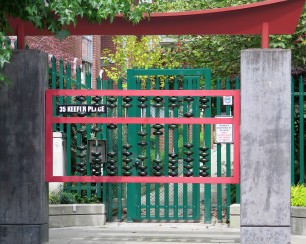 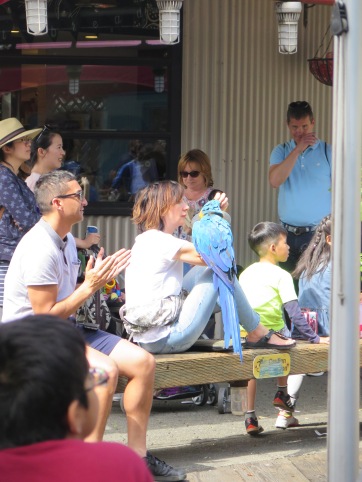 Are these lamps for sale? 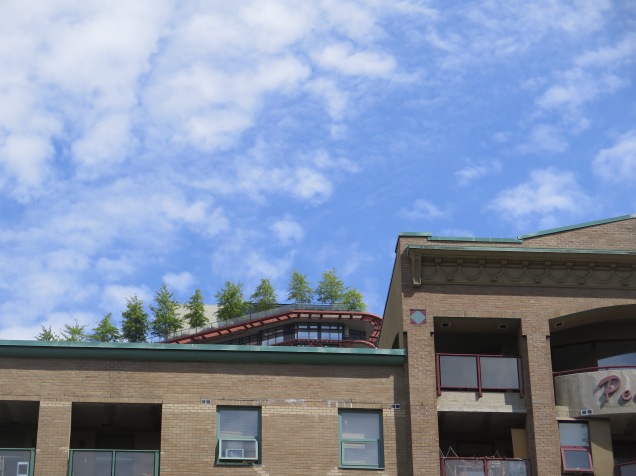 Vancouver adds green space at the tops of many buildings.

What a surprise it was to see Reddy Kilowatt on the side of a building in Vancouver. Reddy has been around since 1926, and was once owned by Northern States Power in Minnesota, but was retired in 2000. Reddy also represented the British Columbia Electric Company, and currently resides on the side of their old building near the gates of Chinatown.

Our ship left port around 10:30 pm on a beautiful night. 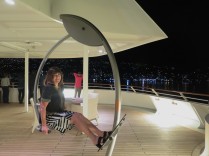 I love to travel.
View all posts by kcbernick →
This entry was posted in British Columbia, Canada, Crystal Cruises, Vancouver and tagged Reddy Kilowatt, Steam Clock. Bookmark the permalink.