Book Report: “On the Road” by Jack Kerouac

When I was in high school almost half a century ago, I was taught the proper punctuation for book titles, magazine articles, etc., but now I’m no longer sure. I’ve used italics, quotations marks, sometimes bold face. I decided to look it up before writing this article so my punctuation would be correct. According to The Punctuation Guide, book titles should be set in italics. Since I can’t italicize the heading, it will be in quote marks. 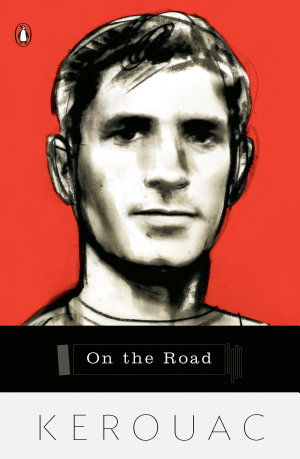 On the Road is one of the books listed in the Atlas Obscura article by Richard Kreitner and Steven Melendez: “The Obsessively Detailed Map of American Literature’s Most Epic Road Trips.” All punctuation have been verified with The Punctuation Guide, at least as I interpret it. Where’s Sister Michael when I need her? Only for punctuation, mind you – she wasn’t one of the nice ones.

I had certainly heard of this book over the years but had never read it. The  novel, written in 1957, the story is based on Kerouac’s own travels after a short sojourn in the Navy during World War II.

Kerouac was born the same year as my father, so it was interesting for me to contrast his youthful experiences to my father’s more sober ones. While Dad was trying to establish himself as a farmer and starting a new family, Jack was crisscrossing the country in search of “wine, women and song,” or booze, jazz, grass and sex.

The word that keeps coming to the forefront when I try to describe Kerouac’s writing style is exuberance. The reader catches his energy and excitement as he and his varying group of friends go in search of life. The friends in the book are loosely based on many of Jack’s real life friends, such as Allen Ginsberg, William S. Burroughs, and Neal Cassady, all writers themselves.

While there aren’t many descriptions of the places that he traveled to and from, the descriptions of his companions and their lives on the road are beautifully written. Some of the language was unfamiliar – words and their meanings keep changing through general usage. The word “beat” is frequently used to describe something awesome or great.

On the Road is credited as being a defining work of the Beat generation. I remember the term “beatnik” from my childhood, and my impression was that they were poets and writers who read their works to small groups of people in coffee houses, and really didn’t contribute much to society. This image was presented quite well in the old TV show The Many Loves of Dobie Gillis. Dobie’s beatnik friend Maynard G. Krebs was depicted as a person who avoided work and commitment at all costs.

Do I recommend it? Yes. Consider it an American Classic. It may help you understand the generation that grew up in another dimension surrounded by the one inhabited by your parents or grandparents.

1 Response to Book Report: “On the Road” by Jack Kerouac