How could I forget to tell you about our dessert after dinner? Joylato is an ice cream shop just a few blocks from our hotel, where they make the ice cream on the spot. The customer chooses either milk or coconut milk as the base, then select flavor and any additions or toppings. They pour the ingredients into a mixer that looks a lot like my Kitchenaid at home. They then add liquid nitrogen to make the ice cream to order. The flavor is very good, tasting just like the fresh ingredients that are used.

We finally looked at the Reykjavik map, and saw that there is a large pond near City Hall. It didn’t look too far away, about half a mile. We managed to turn that into a mile by taking a less direct route. On a nice sunny day, that would be quite pleasurable, but the wind is coming out of the East at up to 23 mph,  and the temperature is a few degrees below freezing.

Still, it was worth the walk. Tjörnin Pond attracts over 40 species of waterfowl, including swans, geese, Arctic terns and mallard ducks. There’s a walkway all around the pond. The pond was mostly open, but there were thin sheets of ice in some areas, just strong enough to allow the birds to walk on top.

The Hljómskálinn Pavilion, along side the pond, was built in 1923 as a venue specifically for music. During nice weather, the band can play from the roof. The Reykjavik Brass Band has been based here since it was built.

Inside the City Hall is a topographic map of Iceland, so we got a bird’s eye view of the land and could identify some of the areas we’ve visited on this and an earlier trip.

Iceland’s economy seems to be doing well, with construction happening all over this city. 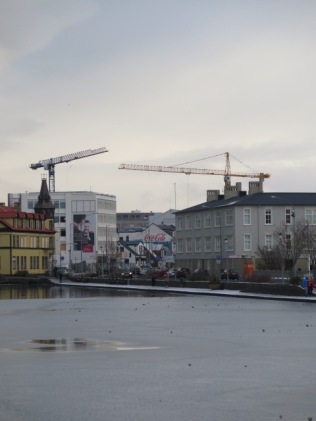 Lift is next to our hotel room. 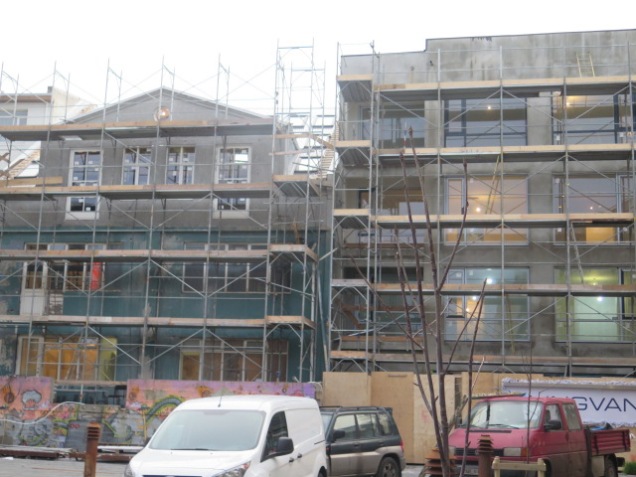 I’ve added some interesting and amusing impressions from the city of Reykjavik. 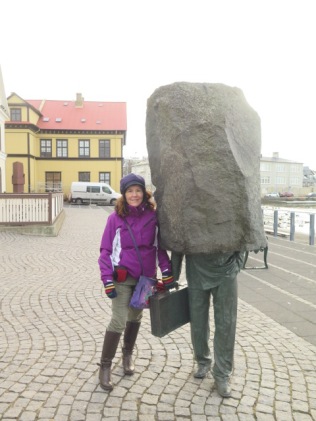 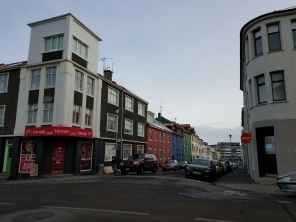 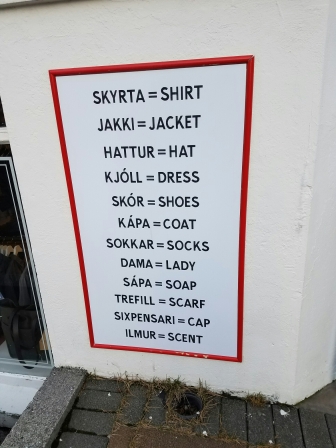 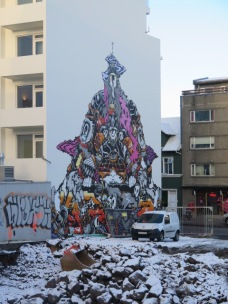 Dinner tonight at The Lebowski Bar, inspired by the Coen brothers movie, “The Big Lebowski,” which starred The Dude, Jeff Bridges. The restaurant is just a block from our hotel. Oh my, we are located so well here. One White Russian and a cheeseburger later, I am definitely ready for bed.

I love to travel.
View all posts by kcbernick →
This entry was posted in Iceland. Bookmark the permalink.