Rhinos, Giraffes and Cheetahs, Oh My!

Last night, I was concerned that the San Diego Zoo Safari Park might not be open today, as it is only about 25 miles away from the wildfires that have been raging north of us. Fortunately, the day was quite clear, so we were able to go. The park has an evacuation plan that kicks in if the wildfires come within ten miles.

Cousin Dave and his wife, Kathy, with their daughter, Susan, picked us up this morning for our trip to the park. It is comprised of 1,800 acres, and is home to over 2,500 animals and millions of plants. The park opened in 1972. Its primary purpose is breeding and conservation. The animals live in a natural habitat that replicates as closely as possible their native habitat.

We visited the meerkats, gorillas, and flamingos, as well as a two-month old cheetah (very cute.) 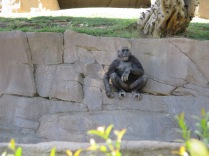 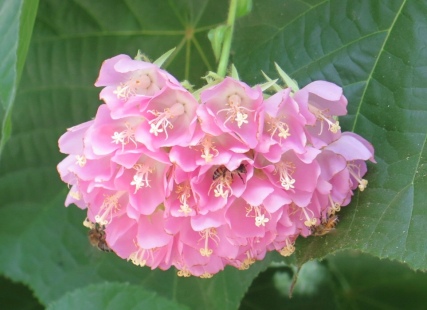 We then took a two hour caravan safari which afforded us the ability to see many of the residents, including rhinos, giraffes, and several species of antelope, among other animals. We even got to feed the giraffes (they love acacia leaves) and rhinos (apples are their favorite treat.) By the way, giraffe tongues are dark blue, and very wet. 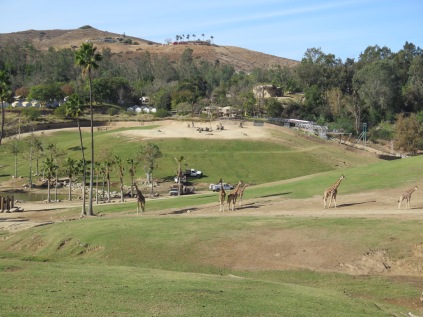 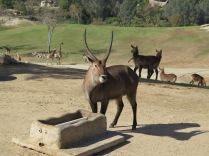 After the safari, we went to the cheetah run to see just how fast the cheetah can run – 0-60 mph in 3.4 seconds, sort of like a Tesla. The cheetah was released from confinement to chase a decoy. It was almost impossible to catch it on film when it was running.

It was a good day overall. The fires are still raging, and we could smell the smoke as we rode back to our condo. Tragic situation for the locals.

I love to travel.
View all posts by kcbernick →
This entry was posted in California, San Diego, USA Travel, Wildfires. Bookmark the permalink.