We met friends, Dave, Kathy and Susan in San Diego, and headed to Coronado Island with them. Coronado Island is across the bay from San Diego. It was mapped in 1602, and named by Sebastian Vizcaíno, a Spanish explorer who also named the city of San Diego. Coronado is Spanish for “crowned one,” giving the island its nickname of “Crown City.”

Coronado was incorporated as a city in 1890, two years after the famous Hotel del Coronado was built. It quickly became a mecca for the rich and famous from around the world. During WWII, many navy pilots stayed here, while training at the North Island Naval Air Station. The island was accessible only by ferry until 1969 when the Coronado Bridge was opened. It functioned as a toll bridge until 2002.

We explored the area a little bit before going to the Hotel. There is an outdoor Surfboard Museum with 25 metal sculptures that tell the story of prominent surfers, showing the shape and size of their boards as well as the dates represented. 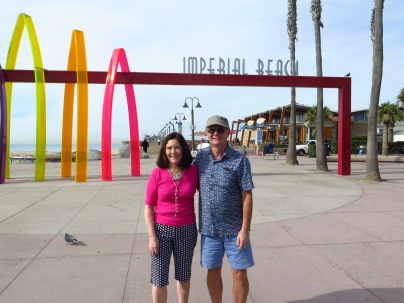 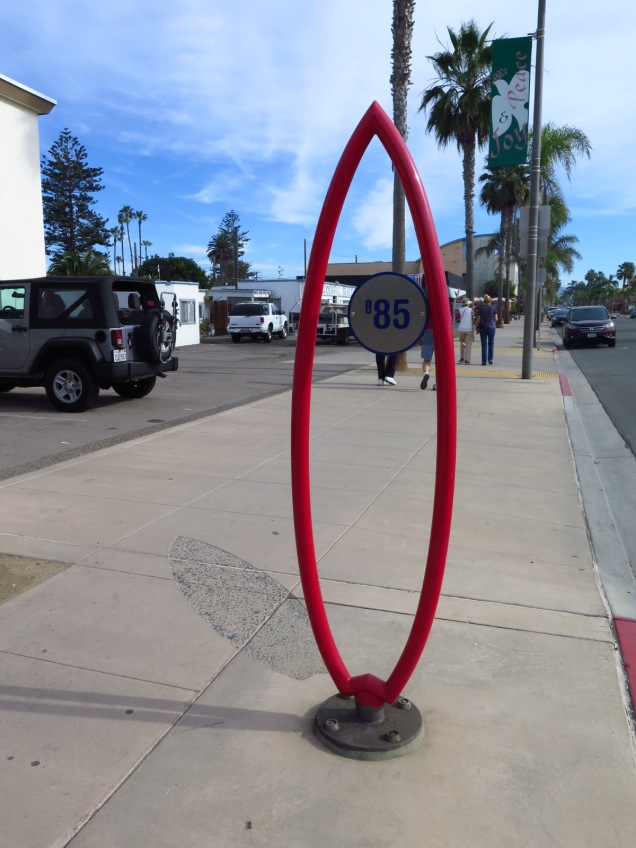 Next stop was the Hotel del Coronado. Both interior and exterior of the hotel are stunning. There is an ice skating rink on the site, and when you get tired of that, you can walk a few feet to the beach. 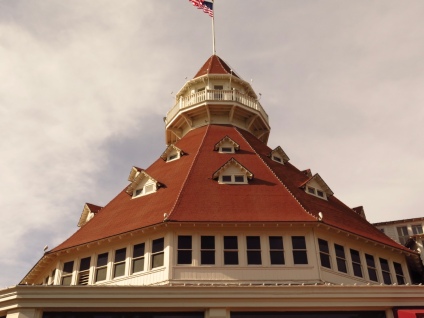 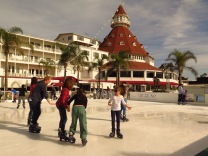 Like everything else right now, the hotel is decorated for Christmas. This year, for the first time, they have an inverted tree in the lobby. Apparently, that’s a new trend.

Our next stop was the USS Midway Museum. The ship was commissioned in 1945 as the largest warship in the world, too large to go through the Panama Canal. During its 47 year history, it was the first ship to successfully land using auto pilot technologies, its pilots shot down the first MiG of the Vietnam War, it led the evacuation of Saigon, operated in Operation Desert Storm and rescued Americans fleeing the Mt. Pinatubo eruption in 1991. It was decommissioned in San Diego in 1992, and opened as a museum in 2004. 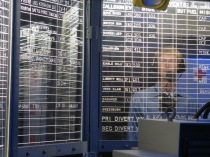 While touring the museum, we noticed billowing smoke to the south. Southern California is not the only place to experience the recent wildfires. Tijuana, just a few miles south, has been dealing with them as well.

The fires do provide some beautiful sunsets, which isn’t much consolation for the thousands of people who’ve lost so much recently.

I love to travel.
View all posts by kcbernick →
This entry was posted in California, San Diego, Uncategorized. Bookmark the permalink.