In 1978, Quito, the capital city of Ecuador, became one  of the first cities to be named a World Cultural Heritage Site by UNESCO. Located about 15 miles south of the equator, with an elevation of 9,350’, Quito is the second-highest capital city in the world. (LaPaz, Bolivia is the highest, at 11,942’.) 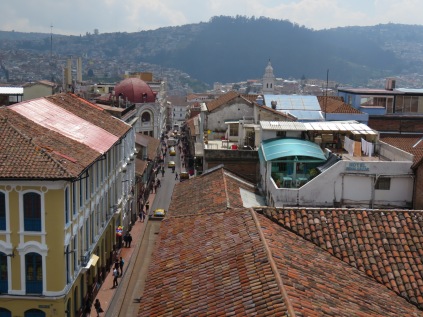 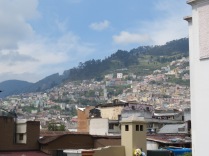 Views from the terrace on top of Casa Gangotena

Quito is located on the eastern slopes of Pichincha, an active volcano in the Andes. An eruption in 1999 covered the city with several inches of ash, and a small eruption in 2000 killed two volcanologists who were working on the lava dome.

This area has been populated for over 10,000 years. The ancient village of Cotocollao (1500 BC) was located in NW Quito, and covered about 64 acres. The Cotocollao people extracted and exported obsidian.

Spain invaded in 1534 and founded the city of Quito. In 1556, it was named “Muy Noble y Muy Leal Ciudad de San Francisco de Quito, the Very Noble and Loyal City of San Francisco of Quito. Wouldn’t that be a lot to put in your address book?

The residents of Ecuador made a move for independence in the early 1800’s, achieving their goal in 1822, under the leadership of Simón Bolivar. Political unrest, however, continued into the mid-1900’s, with numerous uprisings and battles.
Quito’s historic center has been well preserved, and it’s considered to be one of the most important historic areas in Latin America.

Our hotel is located across the street from the Church and Monastery of St Francis, or Iglesia y Convento de San Francisco. Facing the San Francisco Plaza, the convent was built between 1536 – 1604, and includes three churches and several courtyards. 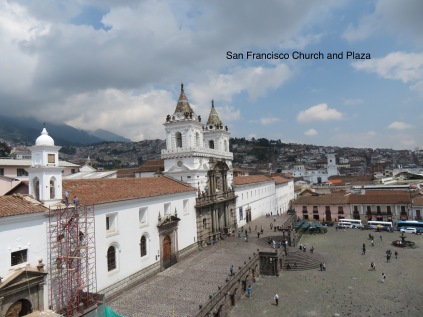 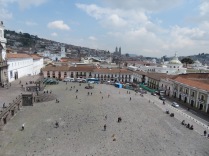 The exterior of the San Francisco is Late Renaissance in style, while the interior is more Baroque, with Moorish influences. The church is very ornate, with elaborate carvings, coffered ceilings, and gold painted altars. The church went through an extensive renovation between 2000 – 2010. 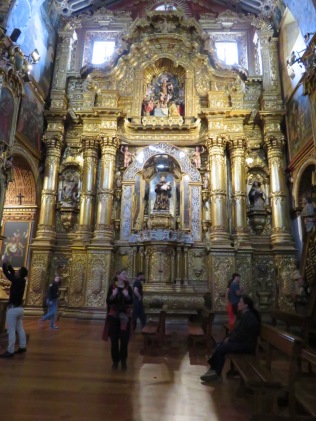 In 1932, the Franciscan Community purchased a pipe organ that was brought over from Spain. To make space in the choir loft, twenty choir stalls were removed. Sixty-one remain.

The convent houses a museum of over 3,500 pieces of colonial art, much of it religious. Several pieces are currently being restored. 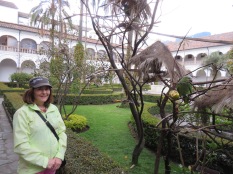 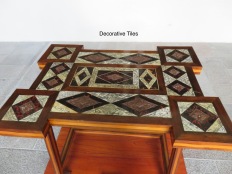 Continuing our quest for Ecuadorean culture, we stopped in at Yumbos Artisanal Chocolate shop, where we sampled several chocolates of varying percentages of cocoa, from 60% – 100%, plus some with ginger, chili peppers, or coffee. I loved the coffee flavored one, but opted to purchase a couple 85% bars, as well as some cacao nibs to brew for tea (can’t wait to try it), and a brick of 100% cocoa for baking. They also have some delicious syrups and sauces, plus cacao butter soaps, lip balms and cosmetics.  Yumbos is a small factory that uses cocoa that has been designated “fine and aromatic.” All chocolates are made by hand without artificial colors, flavors or preservatives. Yumbos exports chocolates to Canada, and you can order them on line from Nala Foods of Hamilton, Ontario.

I think we’re going back tomorrow to get some more chocolate bars.

After dinner, we headed up to the terrace to see the city lights. It was absolutely gorgeous. 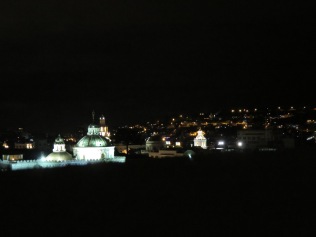