Our day started very early with a 6:30am walk with professional photographer, Walter Perez. We traveled to Punta Cormorant on Floreana Island, aboard a zodiac, then disembarked in shallow water – a “wet landing.” Early morning is the best time to find turtles before they return to sea, then to witness the flamingoes beginning to feed.

Floreana was named for Juan Jose Flores, the first president of Ecuador. This island has numerous extinct volcanic cones. While there is foliage here, the plants that rely on fresh water were still brown. With a little rain, they will green up again. Other plants that can survive with brackish (seawater mixed with fresh) water do seem to be thriving.

Ecuador had sent a group of convicts to populate the island in the 1800s, but that didn’t last long. It was a stopping point for whalers, and there is a spot where travelers would leave their mail to be picked up by another passing ship heading in the opposite direction.

Floreana is home to flamingos, shore birds, and a turtle nesting beach. After landing, we hiked to the nesting beach where we were treated to the sight of a few turtles on the beach, and many others in the water. The females come to this beach at night to lay their eggs, we were able to see their tracks as they made their way up the beach. Some turtles were mating in the water. 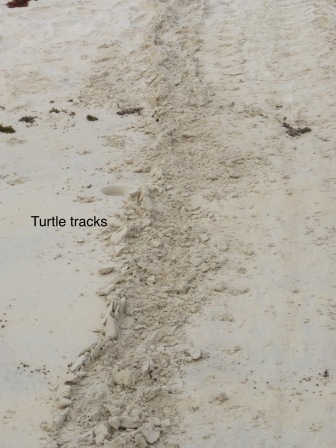 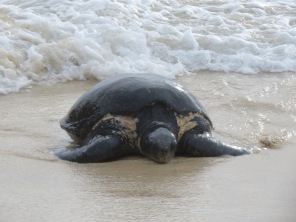 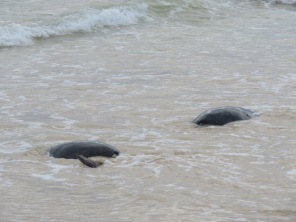 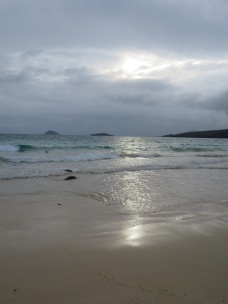 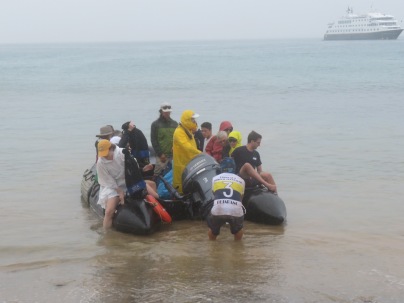 We also saw a yellow-crowned night heron, some least sandpipers and a semi-palmated plover, as well as a brown penguin and several frigate birds at this beach. 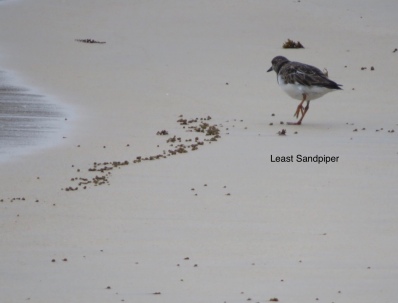 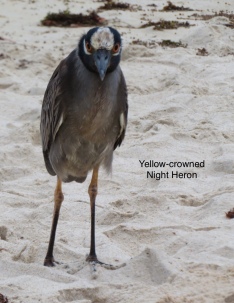 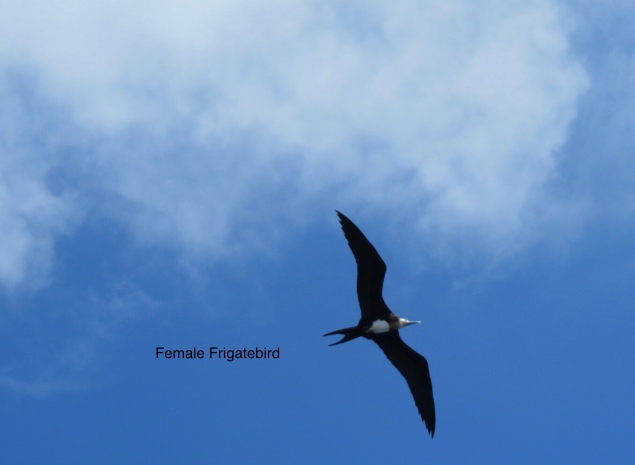 On our way to a brackish pond where flamingos nest, we saw a blue-footed booby feeding her chick. She would fly out to the sea for food, then return to her nest. The chick sticks its mouth into the mother’s mouth to take the food. 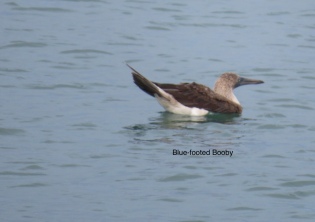 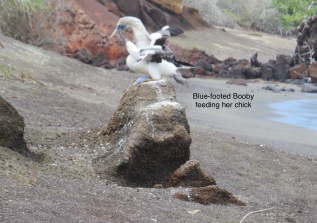 There were quite a few flamingos moving around. We were able to see a nest across the pond with several young chicks. The flamingos are white when they are born; they don’t acquire their pink color until they are old enough to begin feeding on the plankton in the pond. The mother regurgitates a type of “milk” from the plankton that she feeds the chick. 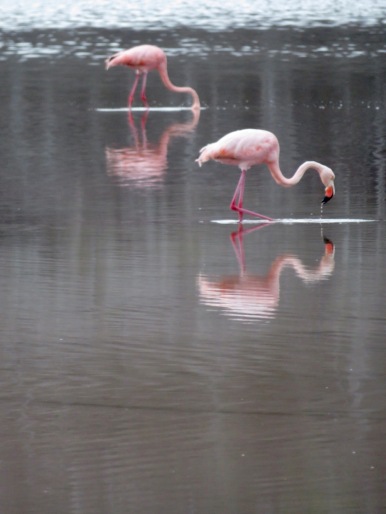 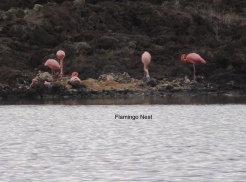 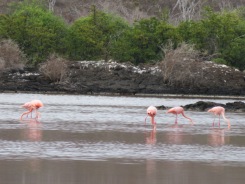 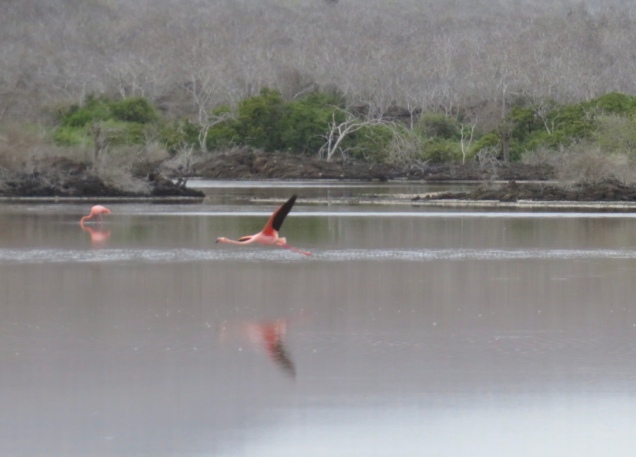 In the afternoon, we moved to a different beach on Floreana, at Post Office Bay. In the past, whale ships would stop here for water, and to drop off letters for home at the “Post Office.” Ships passing in the opposite direction would stop here and pick up whatever letters they could on their route. We wrote a few postcards and dropped them. We also picked up one to deliver to Plymouth, Minnesota. It’s not exactly on our way, but it will be fun to try to complete the delivery. 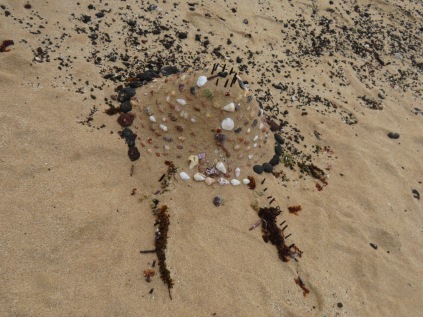 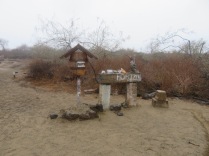 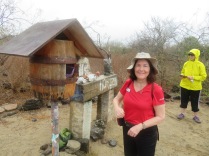 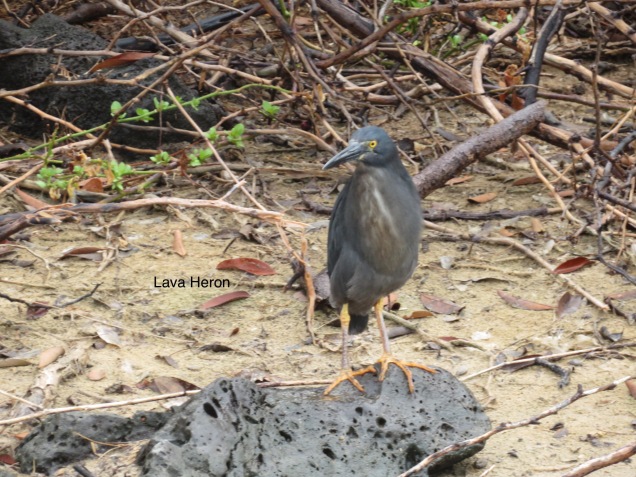