Santa Cruz is the second largest island, and sits in the center of the archipelago. Its capital is Puerto Ayora, the most populated town in the islands, with a population of about 18,000.

We started our day by landing at the main town dock, then taking a bus to the Galápagos National Park Service, home of the Charles Darwin Research Station. One of our fellow travelers, Daniel, works at the station. As an employee, he was given the opportunity to join this cruise. Daniel is from New York, and he mentioned that many of the people who live here have never seen more than the island they live on. Also joining us on the cruise are five young people from the islands, who are being sponsored by National Geographic to train with the chefs on board.

Lonesome George was the last living Pinta tortoise, found in 1971. He was probably 150 years of age at the time. He had been alone for so long that he didn’t know what to do with the females at the station. It took about 10 years before he started mating. Several females did get pregnant, but none of the eggs were viable. However, some of his semen was collected and frozen before he died in 2012, in case scientists can find a better female match. His body was sent to New York for taxidermy, and his remains are now on display at the Research Station. 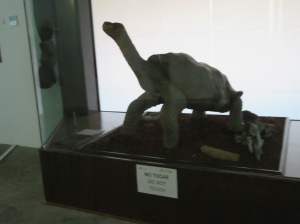 The Research Station collects eggs and keeps the tortoises in a safe environment until their shells become hard enough to deter predators. This takes about 5 years, after which they are repatriated to their natural environment. Almost 5,500 have been returned to the various islands since 1983. 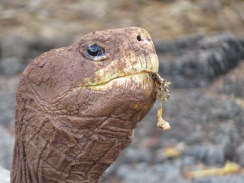 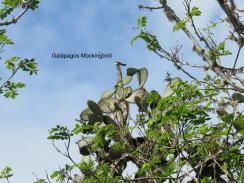 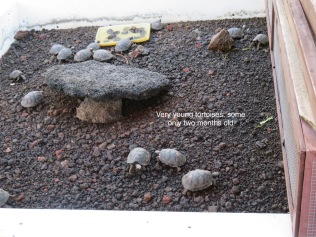 After visiting the Research Station, we toured a local private school, Tomas de Berlanga School. At this school, the students learn in a natural environment – no windows in the classrooms. The school emphasizes care for the environment. About 90% of the students go on to college, with most of them coming back to Santa Cruz after they graduate. 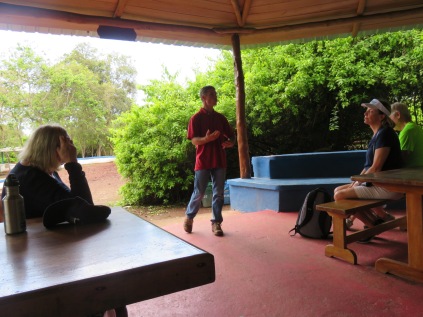 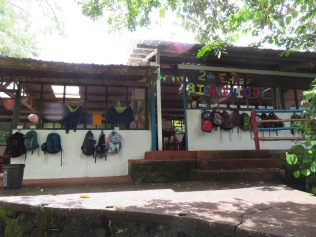 After we returned to town, we stopped at the local fish market to watch the sea lions, pelicans and even a blue heron vying for any scraps. The heron chased all of the pelicans away – apparently this was his territory! He did leave the sea lion alone, though. 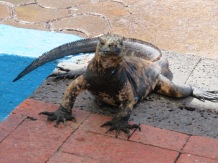 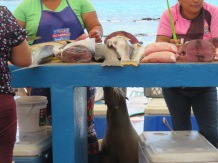 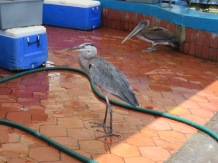