This morning, we had a wet landing on the island of Genovesa, the most isolated of the main islands. A wet landing means that we step off of the zodiac into the water. High waves can make this especially adventurous. 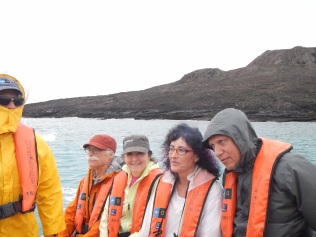 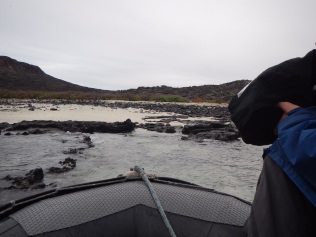 Our ship anchored in Darwin’s Bay, a huge submerged caldera. Also known as “Bird Island,” Genovesa is home to many seabirds, including the red-footed booby, the Nazca booby, the great frigatebird, the swallow-tailed gull, and the Galapagos dove. The beach is beautiful, with coral and shells forming the sand. Red mangroves and prickly pear are abundant. 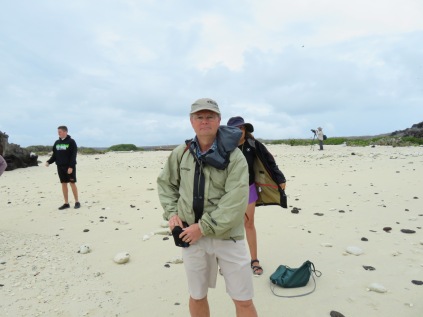 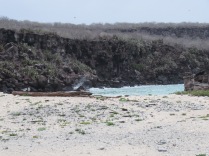 We observed a female and infant sea lion lying on the shore, then we walked along the beach, oohing and aahing at the many birds here. Each of the dominant bird species has staked out its own territory, although it’s not uncommon to see several perched on the same shrubs. 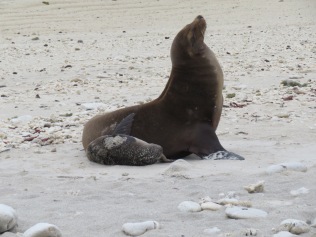 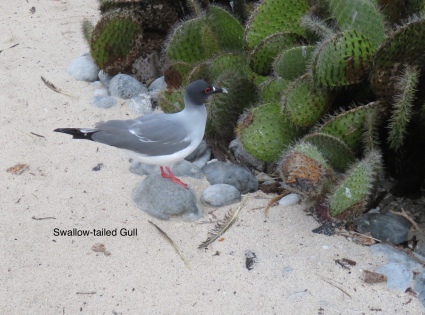 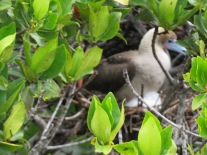 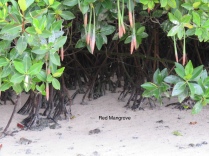 The red-footed boobies nest in the red mangrove bushes here. This is the only specie of booby that has prehensile feet, allowing it to perch in trees or shrubs. We saw many nests in the mangroves, some with eggs, some with chicks.

The Galapagos dove has a symbiotic relationship with the prickly pears on this island. There are no other pollinators on Genovesa, so the dove has taken over that role. In return, the spines of the prickly pear are relatively soft, as compared to the cacti on other islands, not unlike the hairs of a beard, which allows the dove to land on it. Another difference between the prickly pear here and those on the other islands is that is doesn’t form the hard bark. There is no need to add this protection since are no tortoises or land iguanas trying to feed on the plant. 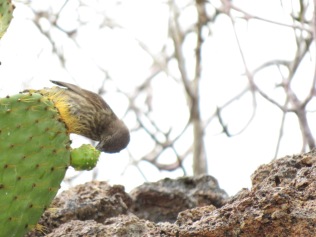 Several male frigate birds were hanging out with red sacs inflated, waiting for a female to notice them. I wished them luck.