Our resort is located just a few miles from Red Rock State Park. The park was established in 1991, several years after the land had been transferred to the state. The land, consisting of 700 acres, had been purchased by Jack Frye (president of Trans World Airlines) in 1941, as a retreat for him and his wife, Helen. They named it the Smoke Trail Ranch. Oak Creek flows through the property.

Jack and Helen Frye began building a home here  in 1947, House of Apache Fires, designed to look like a Hopi Pueblo. Red rocks quarried nearby were used for the exterior walls. Much of the house was built by members of the Yavapai-Apache Nation who camped along Oak Creek. The house’s name was inspired by their campfires. The Fryes divorced before the home was completed, although Helen did live on the second floor for some time. She attempted to sell the property to a development company in the 1970s, but that deal fell through. She then sold it to a religious group. In 1980, Arizona Governor Bruce Babbitt was hiking here with friends when he was told they were trespassing. Recognizing its potential for park land, Babbitt arranged a real estate transfer of 286 acres to the state. 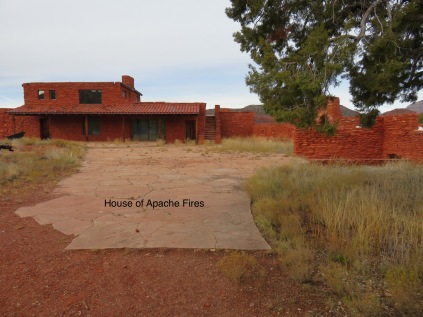 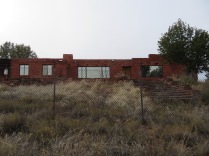 Red Rock State Park has 5 miles of hiking trails and an abundance of wildlife. If you’re lucky, you might see coyotes, javelina, bobcats, mule deer, even rattlesnakes and tarantulas. We saw only birds, bugs and a small herd of mule deer. 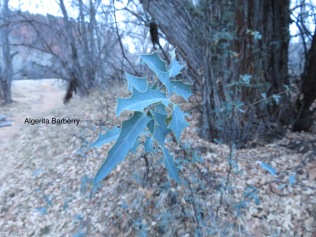 We had also believed that minnows were simply young fish that are used as bait in Minnesota. Today, we learned that there are many species of minnow, over 3,000 in fact, including the Colorado River Pikeminnow, which was native to Arizona, but disappeared in the 1960s due to extensive commercial fishing and displacement by imported sports fish. They are slow growing, and could grow up to 6 feet in length and weigh as much as 80 pounds over a 40-year lifespan, but the average size today is only 2-3 feet, and up to 10 pounds. Red Rock is one location where the Pikeminnow has been reintroduced to Arizona. We weren’t fortunate enough to see any of them today. 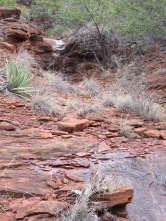 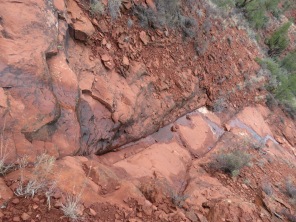 It’s a rainy day, so we took in a movie, Knives Out. I do enjoy a good mystery, and this fit the bill. It was almost as much fun as Murder on the Orient Express with Kenneth Branagh and his mustache. It was disorienting, however, each time Daniel Craig opened his mouth. His character spoke with a Foghorn Leghorn accent. His smile was a little creepy, so unnatural looking especially considering his James Bond never smiles. Anyway, it was a lot of fun.

We had dinner at Mooney’s Irish Pub following the movie. Mooney’s is a small pub with good food and drinks. We recommend the Shepherd’s Pie (one of the best I’ve had yet) as well as the Bangers and Mash.