I Love a Parade!

The city of Prescott, AZ holds an annual parade on the first Saturday of December, although we didn’t know that when we set out this morning. We drove from Sedona to Prescott via Cottonwood and Jerome so we could enjoy the scenery along the way. We reached an altitude of about 6,000 feet before descending again on the far side of Jerome. 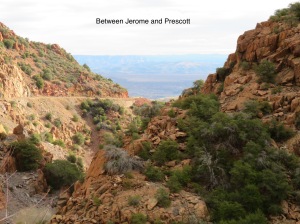 There’ve been several times in our travels when we’ve been surprised by parades. A St. Patrick’s Day parade in Biloxi, MS which provided us with several pounds of beads and goodies, including bananas; an Hispanic Day Parade in New York City where we enjoyed costumes an cultures of many Hispanic countries as well as an eyeful of a topless woman across the road; the Feast of Candelaria in Puno Peru, all of about three blocks long. It’s always a delightful surprise.

This year is the 37th year for the Prescott Annual Christmas Holiday Lights Parade. It  takes place in the early afternoon of the first Saturday in December. The Yavapai County Courthouse, which sits at the center of town, was lit up that night, but we didn’t stay long enough for that. The courthouse is over 100 years old and is on the National Register of Historic Places. Senator Barry Goldwater announced his candidacy for President from the courthouse steps in 1964. The building was closed today since it’s a Saturday, so we weren’t able to look inside. 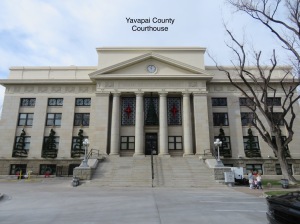 We were early for the parade, so while waiting, we walked down Whiskey Row where we enjoyed some shopping and lunch. Lunch was at the historic Palace Bar. Opened in 1877, famous patrons include the Earp brothers and Doc Holliday. It’s been featured in a few movies such as “Billy Jack,” which I’ve seen, and “Junior Bonner,” which I haven’t. Bar personnel are dressed in period costume, causing me look for Marshall Dillon and Miss Kitty. The food was pretty darn good. 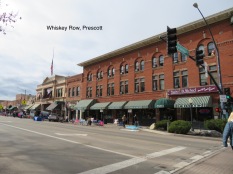 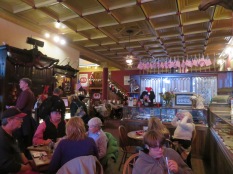 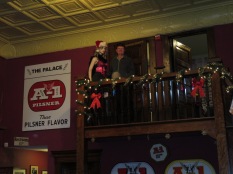 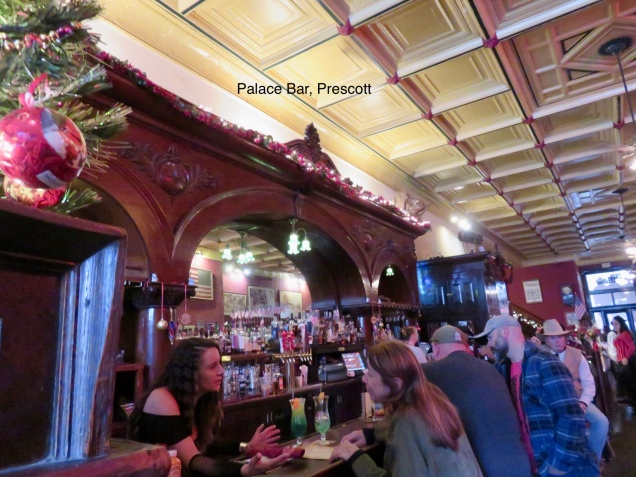 The parade was much like many small town parades, advertising local businesses, highlighting the firefighters, police departments, and other service organizations, plus several high school marching bands from around the area. We were even entertained by one band which performed in this year’s Macy’s Thanksgiving Day Parade – the Catalina Foothills High School Marching Band of Tucson, AZ. 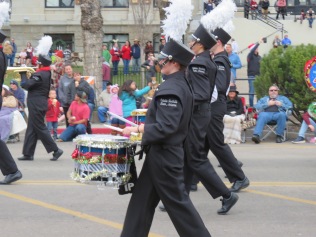 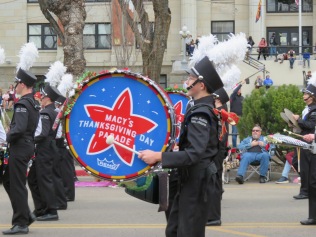 I can’t forget the ubiquitous Shriners as well. All in all, it was a very pleasant afternoon. 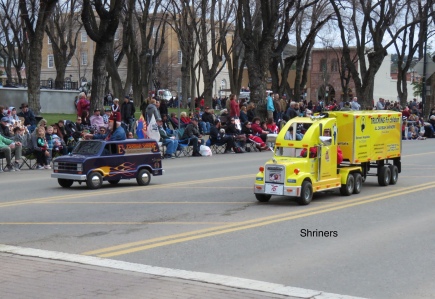 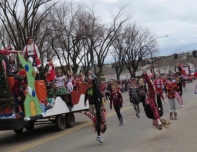 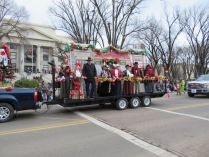 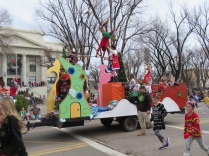 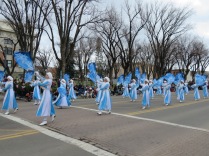 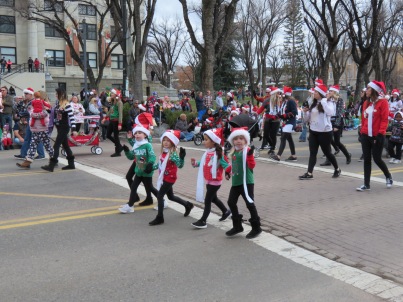 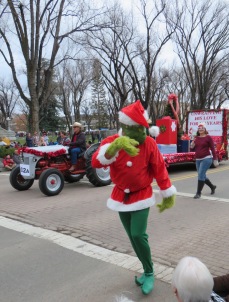 This evening, we enjoyed an improv show by Zenprov Comedy at the Mary D. Fisher Theatre, home to the Sedona International Film Festival since 1995. Indie movies and other shows are shown here throughout the year.