Where the North Wind Doesn’t Blow

Again,  it was foggy and rainy, but that’s good weather for bear watching, since that is when salmon like to run. Hoonah has been inhabited by the Tlingit peoples for several hundred years. When they settled here, they originally called this Gaawt-ak.aan, which means village by the cliff. In time, that was changed to Xu.naa, or where the north wind doesn’t blow.

The Huna Totem Corporation, Tlingit Nation, has invested a great deal in making this island attractive to tourists. Our ship docked at a floating dock, and we walked under a covered walkway a few hundred feet from the ship to land.

Walkway from floating dock to shore 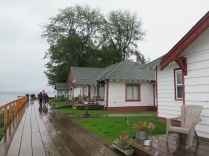 Private residences along the shoreline

From there, we made our way to The Cannery, a former salmon canning facility that has been converted to a museum about the industry. The town also installed what is being billed as the World’s Largest ZipRider, which takes its riders on a mile long journey from 1,300 feet above sea level. 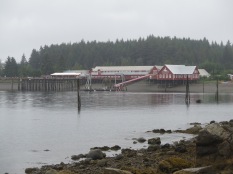 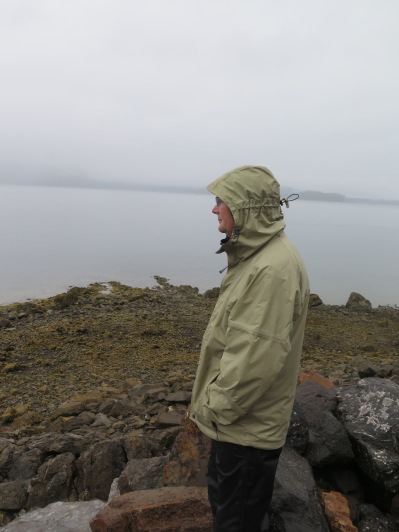 In the afternoon, we went looking for brown bear with Hoonah Travel Adventures. A brown bear is actually a grizzly bear. Generally, Grizzly is used to refer to any brown bear found in interior North American, while Kodiak refers to brown bears on Kodiak Island, and Coastal Brown Bear refers to all of the brown bears on the other islands. Some scientists believe that all brown bears are descended from polar bears. When the glaciers receded, the bears left in the southern part of the polar bear range became the brown bears. Brown bears vary in color from golden brown to dark brown and even silver.

Hoonah has a large concentration of brown bears, with about 3,500 on this small island. The largest male yet discovered stood about 12 feet on its hind legs and was estimated to weigh about 1,500 pounds.

We had a couple of guides, Chad who walked with us and informed us about the history and habitat of the bears, and George, a full blood Tlingit who scouted ahead and provided protection if anything untoward would occur. Fortunately, George  didn’t need to use his weapon. 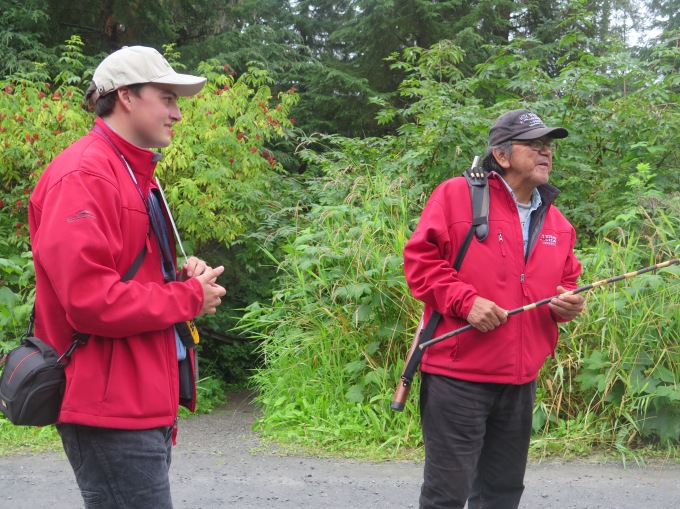 Before we even arrived at the viewing trail, we were treated to views of a bear fishing in the river, as well as several black tailed deer. Once we arrived at the viewing trail, we saw the same bear again, and were able to watch as he did a bit more fishing. The salmon are spawning right now, and we could see a lot of activity in the river. I was even treated with a view of a couple of salmon jumping – no chance to get any photos though. 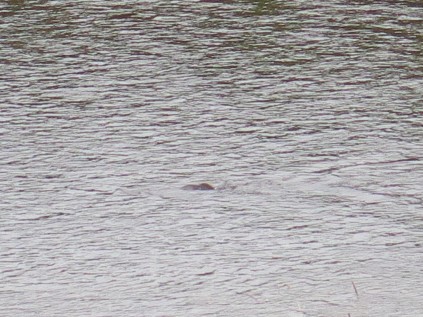 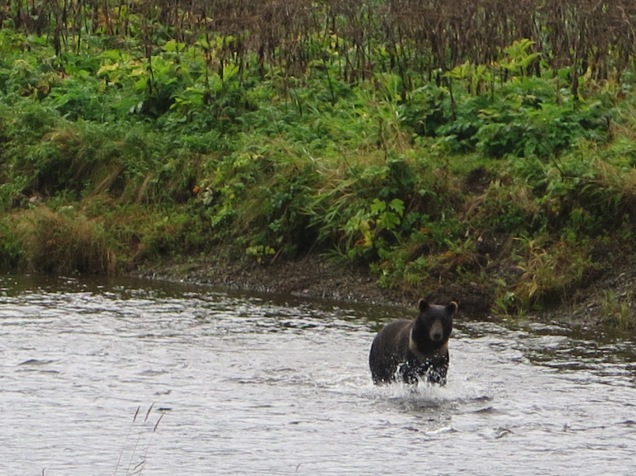 As we were driving away, we saw a brown bear on the road ahead. Then, we saw a second. Then, a third. And a fourth! So very exciting. These were brothers, about ten years old. Male siblings will stay together until they reach full maturity and then head out on their own. The average life span is 35 years. 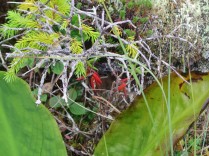