We thought we would be escaping the cold in Minnesota, but today the temperature didn’t get much above 40°. Of course, that’s still quite a bit warmer than home, where it’s hovering close to zero. The sun was shining, so we decided to brave the temps for a hike in West Fork Trail in Oak Creek Canyon, a trail recommended by good friends of ours.

The West Fork Trail is considered to be one of the top 10 trails in the United States. It’s a little over 6.5 miles round trip, following Oak Creek for most of the way. If you hike the entire trail, you will cross the creek in thirteen places, using rocks and fallen logs as your bridges. Those rocks and bridges can be slippery, as we found when a foot ended up in the freezing water (once or twice for each of us.) 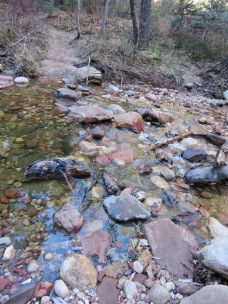 A portion of the trail is named The Call of the Canyon, for a book of the same name by western writer Zane Grey. Grey set several of his novels in Arizona, and even built a cabin in Payson, AZ, about 80 miles southeast of Sedona. The Call of the Canyon was adapted for a silent film in the early 1920s, and much of the filming took place in Oak Creek Canyon.

Flagstaff photographer, Carl Mayhew, worked on the film, and he was so enamored of the location that he purchased a cabin and property here. Mayhew then developed a lodge, the Mayhew Lodge, near the current trailhead. Several famous people stayed here while it was in operation, including Clark Gable, Jimmy Stewart and Walt Disney. Mayhew operated the lodge until 1968 when it was acquired by the US Forest Service. The structures were destroyed by fire in 1980. 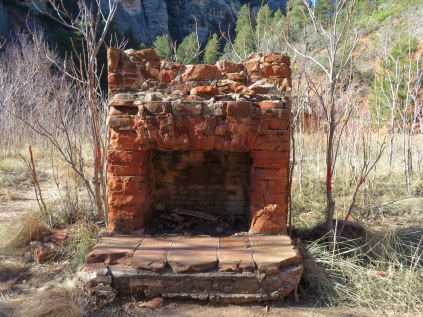 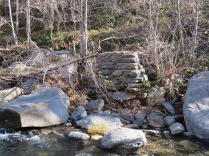 We’ve driven through Oak Creek Canyon so many times, and stopped at lookout points along the way, but this was the first time we got to see it up close. While it was very cold, that just presented a new type of beauty – ice forming on the creek and icicles hanging from the ledges.

We probably hiked less than half of the trail because of the cold, and we regretted not coming here on a warmer day. I guess we’ll just have to come back. 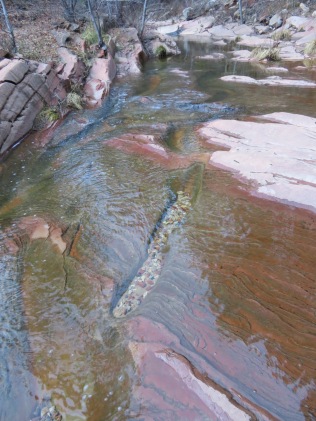 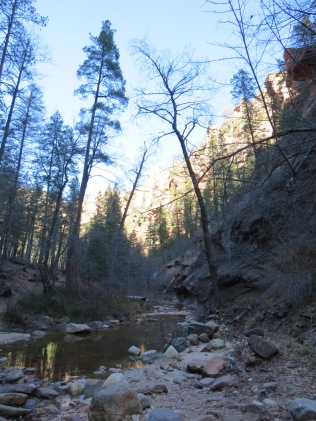 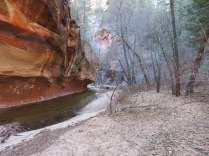 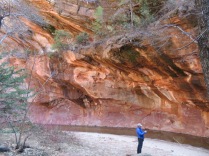 I love to travel.
View all posts by kcbernick →
This entry was posted in Arizona, Sedona, USA Travel and tagged Oak Creek Canyon, The Call of the Canyon, West Fork Trail, Zane Grey. Bookmark the permalink.